Only our country can shake the world by firing a missile with US in its range: North Korea 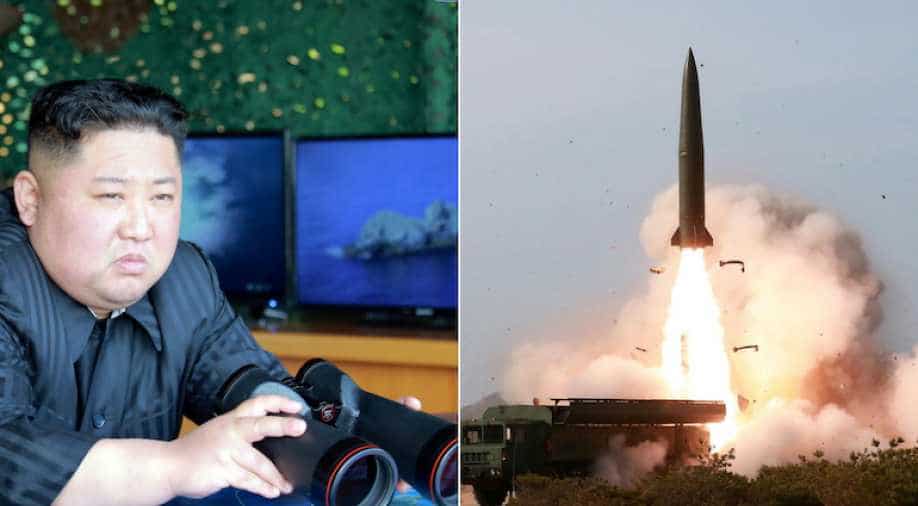 After conducting a series of missile launches last month, the North Korean regime said it was "shaking the world" with missile tests.

Kim Jong-Un's government had conducted ballistic missile tests at the start of the year. North Korea's foreign ministry said the tests were a "remarkable achievement".

The regime boasted that it was standing up to the might of the United States and was one of the few countries to possess nuclear weapons.

Last month North Korea had launched at least seven missiles including what it called a hypersonic missile. The tests included  Hwasong-12 intermediate-range ballistic missile which can reportedly strike US territory in the Pacific Ocean.

"In today's world where many countries waste time dealing with the United States with submission and blind obedience, there’s only our country on this planet that can shake the world by firing a missile with the US mainland in its range," Kim's regime declared.

The regime also mentioned the Hwasong-15 which can carry nuclear warheads.

Also Read: Who are the shrewd developers of North Korea's secretive weapons?

"There are more than 200 countries in the world, but only a few have hydrogen bombs, intercontinental ballistic missiles, and hypersonic missiles," North Korea said.

The talks between Kim and former President Trump had collapsed in 2019 over the denuclearisation issue. President Biden's administration has repeatedly called for dialogue with Kim, however, it has been rejected.

North Korea had earlier confirmed that it had fired the Hwasong-12 missile in its first test since 2017 even as UN Secretary-General Antonio Guterres denounced the launch as "a clear violation of Security Council resolutions."