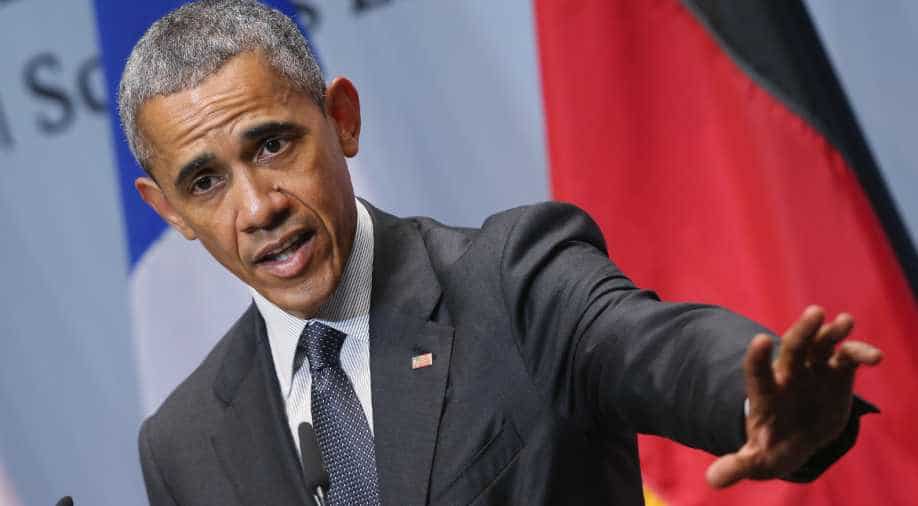 US President Barack Obama has marked the first anniversary of the nuclear deal with Iran by emphasising its "significant and concrete results" and warning against undoing a pact supported by the world's major powers.

In language that seemed clearly directed at incoming president Donald Trump, who is set to take office on Friday, Obama said yesterday "the United States must remember that this agreement was the result of years of work, and represents an agreement between the world's major powers - not simply the United States and Iran."

He said the deal had "achieved significant, concrete results in making the United States and the world a safer place" and "verifiably prevents Iran from obtaining a nuclear weapon."

Such a diplomatic solution, he added, was "far preferable to an unconstrained Iranian nuclear program or another war in the Middle East."

Trump has often denounced the nuclear deal, and in a Sunday interview with The Times, London and Bild newspaper of Germany he continued his criticism, saying, "I'm not happy with the Iran deal, I think it's one of the worst deals ever made."

But he declined to say whether he intended to "renegotiate" the deal, as he asserted regularly during the presidential campaign.

Obama insisted yesterday that despite US reservations about other actions by Iran - including its support for "violent proxies" and "terrorist groups" - Tehran was "upholding its commitments, demonstrating the success of diplomacy."

Iran, he said, had "reduced its uranium stockpile by 98 per cent and removed two-thirds of its centrifuges."

"There is no question, however, that the challenges we face with Iran would be much worse if Iran were also on the threshold of building a nuclear weapon," Obama said.

Secretary of State John Kerry, who helped negotiate the deal, said the Iran agreement had "resolved a major nuclear threat without firing a shot or sending a single soldier into combat."

"It was endorsed unanimously by the United Nations Security Council and earned the support of more than 100 countries across the globe," he added.

For all of Trump's sharp criticism of Iran and the nuclear deal, the policy he will embrace once in office remains unclear.

One of his top cabinet nominees, retired Marine general James Mattis, said last week that if he is confirmed as defence secretary, he will support the nuclear deal.

"When America gives her word," he told senators during his confirmation hearing, "we have to live up to it and work with our allies."

The pact was signed in July 2015 by Iran and six major powers - the United States, China, Russia, Britain, France and Germany - and led to the lifting exactly a year ago of most international sanctions against Iran.