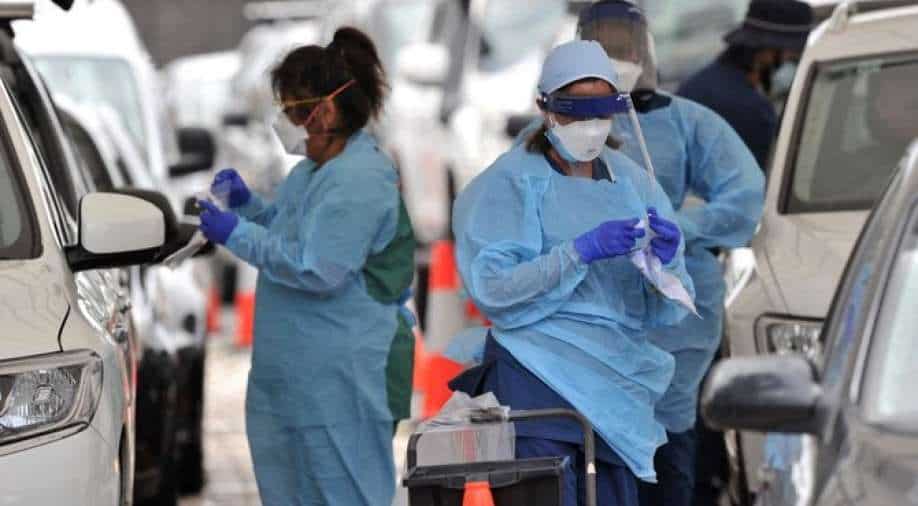 Australia is recording on average 33,000 cases each day.

Australia is witnessing a spurt in Covid hospital admissions since February, putting a massive strain on the country’s healthcare system.

This new wave of Covid cases is being primarily driven by the highly transmissible BA.4 and BA.5 variants of Omicron, which are more infectious and adept at evading immunity.

According to The Guardian, the national total of hospital admissions reached 3,781 on Wednesday, up from 3,740 on Tuesday and 3,511 on Monday – the highest numbers have been since February 8.

The nation is recording on average 33,000 cases each day.

Amidst the rise in cases, leading epidemiologists and the Australian Medical Association (AMA) have called for stronger mask mandates.

Doubts are also being raised on the official figures, saying that there is double the number of infections silently spreading through the community.

Prof Catherine Bennett, chair of epidemiology at Deakin University, told The Guardian, “The reported cases are half of the numbers out there,”

“Some people will know and isolate, some will guess and not isolate, and some will not know.”

The rise in cases comes amid reports that the fourth dose of the coronavirus vaccine will be made available to anyone over the age of 30.

Currently, the fourth dose vaccine is only available to people aged 65 and over, or those suffering conditions placing them at higher risk of severe Covid.

As of Thursday, 60 per cent of people over 65 have had a fourth COVID-19 vaccine.

The demographic with the most deaths in males aged 80 to 89 years, according to federal government figures up to July 1.

That same data showed the 10-19 age group had the least deaths, followed closely by the 0-9 age group.