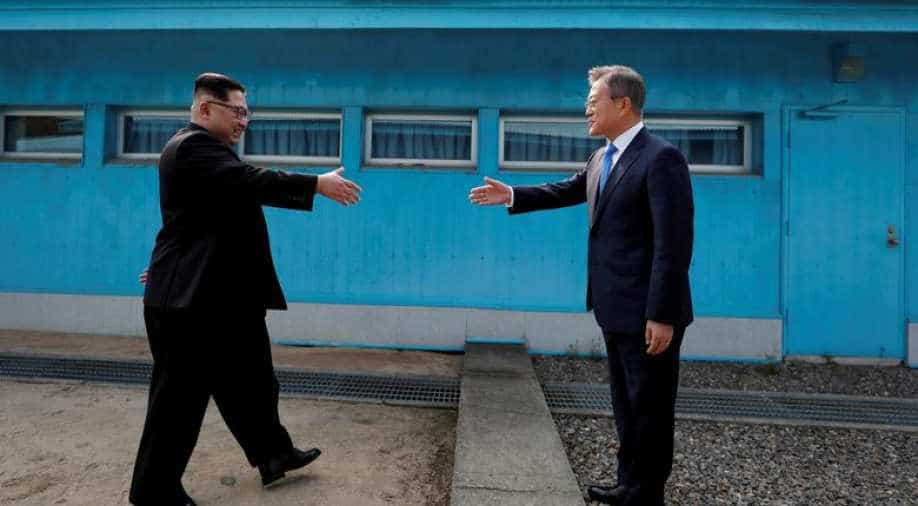 North Korea considers the leaflets an attack on its government and has long demanded that South Korea ban activists from sending them. South Korea however refuses, saying the activists are exercising freedom of speech.

North Korea has threatened to end an inter-Korean military agreement signed in 2018 to reduce tensions, over flying anti-Pyongyang leaflets along the border by the South.

North Korea considers the leaflets an attack on its government and has long demanded that South Korea ban activists from sending them. South Korea however refuses, saying the activists are exercising freedom of speech.

To this end, North could permanently shut a liaison office with the South and an inter-Korean factory park in the border town of Kaesong, which have been major symbols of reconciliation between the rivals.

North Korean defectors and other activists in recent weeks have used balloons to fly leaflets criticising Kim Jong Un over his nuclear ambitions and dismal human rights record across the border.

In her statement released through state media, Kim's sister Kim Yo Jong called those defectors "human scum" and "mongrel dogs" who betrayed their homeland and said that it was "time to bring their owners to account," referring to the government in Seoul.

In 2014, soldiers exchanged machine gun and rifle fire after South Korean activists released anti-North Korean propaganda balloons across the Demilitarised Zone, but no casualties were reported.

The liberal government of South Korean President Moon Jae-in has touted the military agreement, reached during his third summit with Kim Jong Un in September 2018, as a major step in the peace process between the rivals.

Kim and Moon during their peace talks in 2018 also agreed to open a liaison office in the North Korean border town of Kaesong, where the Koreas had also operated a factory park that Seoul's previous conservative government shut down in 2016 following a North Korean nuclear test.

The liaison office has been closed since January after the Koreas agreed to temporarily shut down until the coronavirus outbreak is controlled.