North Korea says ICBM test shows all US within range 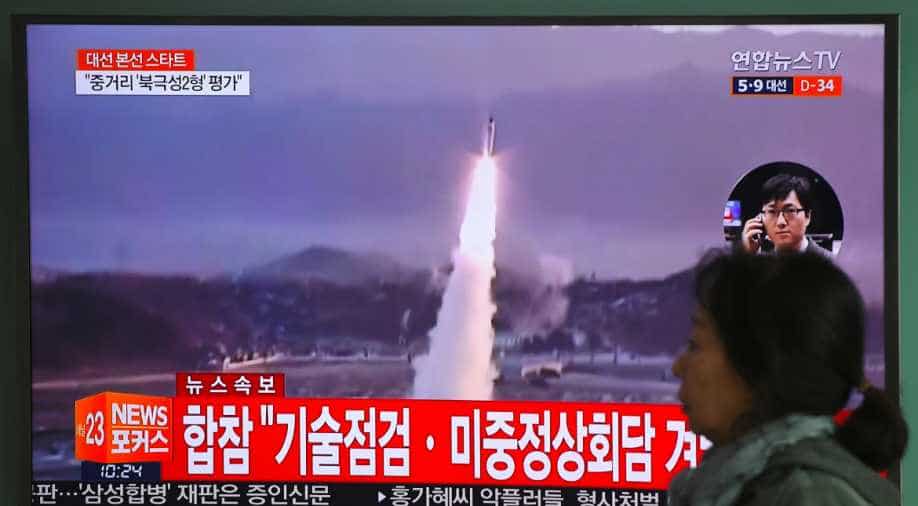 North Korea on Saturday said its latest missile launch proved that the entire US was within striking range, state media reported.

"The test-fire reconfirmed the reliability of the ICBM system, demonstrated the capability of making a surprise launch of the ICBM in any region and place any time , and clearly proved that the whole US mainland is in the firing range of the DPRK missiles, (Kim) said with pride," the North's official KCNA news agency said.

North Korea on Saturday said it conducted another successful test of an intercontinental ballistic missile (ICBM) that landed in the Sea of Japan.

The US confirmed the rocket launch was of an ICBM.

"We assess that this missile was an intercontinental ballistic missile, as had been expected," Pentagon spokesman Navy Captain Jeff Davis said.

"The missile was launched from Mupyong-ni and traveled about 1,000 kilometers (620 miles) before splashing down in the Sea of Japan. We are working with our interagency partners on a more detailed assessment."

The latest test comes less than a month after the North conducted its first ICBM test.

US President Donald Trump called it "only the latest reckless and dangerous action by the North Korean regime".

China on Saturday condemned North Korea's launch of an ICBM.

"China opposes North Korea's violations of UN Security Council resolutions ... At the same time, (China) hopes that all parties concerned will exercise caution and avoid intensifying tensions" on the Korean peninsula, a foreign ministry spokesman said in a brief statement.

"I direct the foreign affairs and security ministries to ensure that our government in tandem with our partners, including the United States, can craft a stern response to the North's provocation, including measures at the UN Security Council," Moon was quoted as saying by Yonhap news agency.

"I also call for a review of our stand-alone sanctions against the North if necessary," he added.