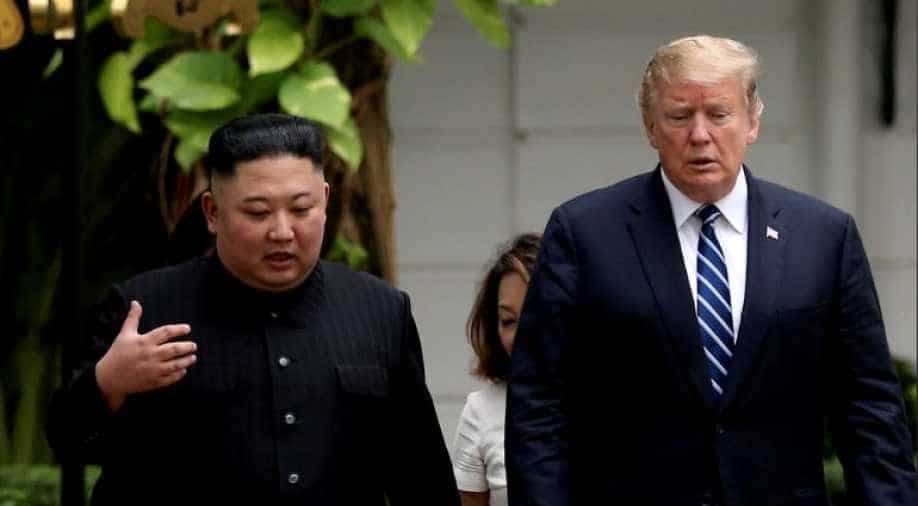 The top US representative in talks with North Korea on Monday slammed Pyongyang's demands as hostile and unnecessary as its end-of-year deadline approaches but held open the door for fresh negotiations.

"Regrettably, the tone of these statements towards the United States, the Republic of Korea, Japan and our friends in Europe have been so hostile and negative and so unnecessary," he said.

"The US does not have a deadline, we have a goal."

Tensions between the US and the nuclear-armed North — whose forces and their allies fought each other to a standstill in the 1950-53 Korean War — reached a peak in 2017, with their leaders Donald Trump and Kim Jong Un trading mutual insults and threats of renewed conflict.

A rapid diplomatic detente followed, climaxing with the Singapore summit when the two men signed a vague statement on denuclearisation, but Washington still stations 28,500 troops in South Korea to protect its ally from a new invasion by its neighbour.

Pyongyang has said that if Washington fails to make it an acceptable offer, it will adopt a so far unspecified "new way".

It has carried out a series of static tests at its Sohae rocket facility this month, after several weapons launches in recent weeks, some of them described as ballistic missiles by Japan and others -- which Pyongyang is banned from testing under UN sanctions.

Biegun, who also met Monday with South Korean President Moon Jae-in, said the US was "fully aware of the strong potential for North Korea to conduct a major provocation in the days ahead".

"To say the least, such an action will be most unhelpful in achieving lasting peace on the Korean peninsula," he added.

Directly addressing "our counterparts in North Korea", he went on: "It is time for us to do our jobs. Let's get this done. We are here and you know how to reach us."

The US envoy's tone was "unusually strong", said Shin Beom-chul, an analyst at the Asan Institute of Policy Studies in Seoul, adding that his ruling out Kim's year-end deadline will infuriate Pyongyang.

"The key message was that there will be no more concessions from the US and that it won't be dragged around," Shin told AFP.

Frustrated by the lack of sanctions relief after it declared a moratorium on nuclear and intercontinental ballistic missile (ICBM) tests, North Korea has vowed an ominous "Christmas gift" if Washington does not come up with concessions.

Some analysts have pointed to an ICBM launch, while others suggest a possible space launch — which critics would be likely to interpret as a disguised ICBM test.

In 2017, the North tested missiles that brought the whole of the US mainland into range, and experts say that it has continued its research programmes ever since.

Without mentioning the North's possible Christmas present, Biegun wished "all of the Korean people" happy holidays.

"As always, it is our fervent prayer and hopes that this day will usher in a season of peace. I hope all would agree with that sentiment," he said.

Pyongyang has also threatened to resume referring to Trump as a "dotard" — the derisive insult Kim lobbed at the US leader in 2017 — and warned that if the US uses military force against it, it would take "prompt corresponding actions at any level".

At the recent NATO summit, Trump boasted about Washington's "most powerful military", adding: "Hopefully, we don't have to use it, but if we do, we'll use it. If we have to, we'll do it."