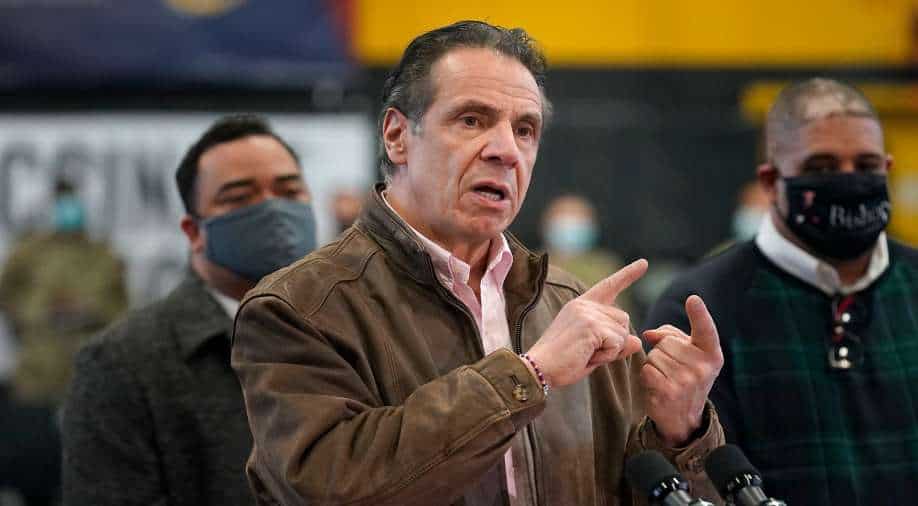 Impeachment by the New York state assembly requires a simple majority in the lower house and two-thirds in the upper house. The last time it happened was in 1913.

The Democratic head of the state assembly in New York has greenlighted a formal investigation of the sexual harassment claims against embattled governor Andrew Cuomo -- increasing the chances of his impeachment.

Impeachment by the New York state assembly requires a simple majority in the lower house and two-thirds in the upper house. The last time it happened was in 1913.

Since the end of February, the 63-year-old Cuomo, whose third term is due to expire in 2022, has been under scrutiny after several women accused him of sexual harassment or inappropriate behavior.

Additionally, on Wednesday, a newspaper in the state capital Albany reported explosive claims that Cuomo put his hand under the blouse of a female staffer and touched her "aggressively" at the end of 2020 in his private residence.

The allegations prompted 59 Democratic lawmakers from the state assembly -- which has a total of 213 members, most of them from Cuomo's Democratic Party -- to join dozens of Republicans who have publically called for his resignation.

After meeting with lawmakers, Democratic assembly speaker Carl Heastie said Thursday he was "authorising the Assembly Judiciary Committee to begin an impeachment investigation" -- the first step towards an eventual impeachment.

"The reports of accusations concerning the governor are serious," Heastie said in a statement. "The committee will have the authority to interview witnesses, subpoena documents and evaluate evidence."

The governor, meanwhile, has so far ruled out resignation and insisted that he never touched anyone inappropriately, though he apologised if he "hurt" any of his accusers.