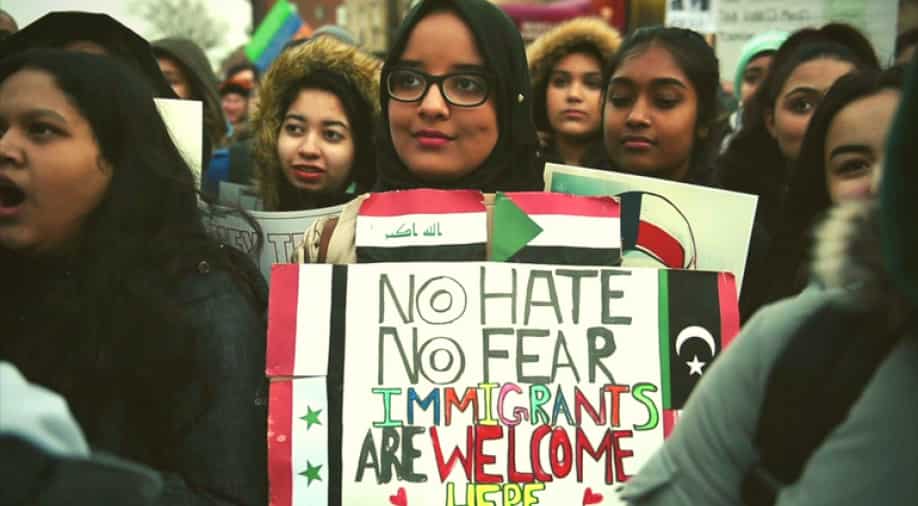 Trump's new US travel restrictions cause outrage among many Photograph:( AFP )

Venezuela accused the United States on Monday of "psychological terrorism" designed to bring down the government after it was included in a list of eight countries targeted by a travel ban.

Speaking at a meeting with governors broadcast by state television VTV, Maduro said US President Donald Trump has "isolated the United States" with his speech at the United Nations General Assembly last week, in which he called the Venezuelan leader a "dictator."

He was speaking a day after Venezuela was added to a new list of countries targeted by the US ban, due to what it called poor security and a lack of cooperation with American authorities.

The restrictions on Venezuela were limited to officials from a list of government agencies and their families, while full travel bans were placed on nationals from the other seven countries, including Chad and North Korea.

Amid an escalating war of words, Arreaza told the UN General Assembly that Venezuela would seek dialogue with Washington to "stop the madness and irrationality."

Last week, he accused Trump of being "racist and supremacist" after the US leader told the annual UN gathering that the US was ready to act to restore Venezuela's democracy.

"As a free people, we are ready to defend our sovereignty, our independence and our democracy in any scenario and in any way," Arreaza said.

In a short statement to reporters following his speech, he added: "I insist, if they attack us on the ground, we will respond forcefully in the defense of our country and of our people."

His foreign ministry said that "these types of lists... are incompatible with international law and constitute in themselves a form of psychological and political terrorism."

Most of the nations affected by the US ban were part of a measure targeting Muslim countries that Trump authorized shortly after taking office.

Maduro's socialist government said Washington was using the fight against terrorism for its own political ends.

The foreign ministry statement said the ban was seeking to "stigmatize" Venezuela "under the pretext of combating terrorism, by including it in a unilaterally drawn-up list and accusing other states of being alleged promoters of this terrible scourge."

It rejected "the irrational decision of the United States government to once again catalog the noble Venezuelan people as a threat to their national security."

Venezuela has been rocked by months of economic chaos and deadly protests as Maduro tries to consolidate control, including through a new Constituent Assembly that has wrested power from the opposition-dominated legislature.

OAS Secretary General Luis Almagro called for additional sanctions against the Maduro government, denouncing what he called the "consolidation of the dictatorial regime in Venezuela."

His organization's fourth report on the Venezuelan political crisis says that democracy was "completely eliminated" when the "illegitimate" Constituent Assembly was established on July 30.