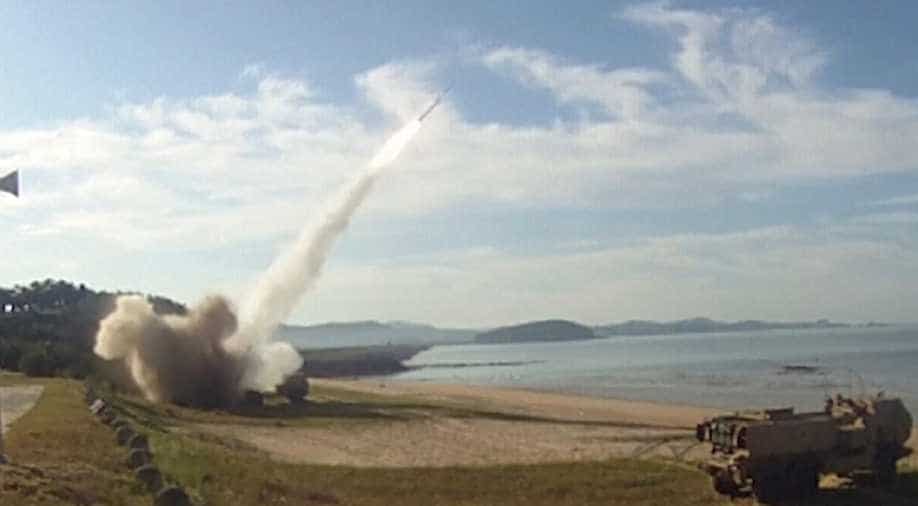 Tensions over North Korea's weapons programmes have soared in recent months, with Pyongyang launching a flurry of missiles and conducting its sixth and most powerful nuclear test last month in defiance of international sanctions.

Trump's continued threats of military action against Pyongyang to tame its weapons ambitions have fuelled fears of a conflict on the Korean peninsula and next week the US and South Korea will begin a major naval drill as a show of force against the North.

Stoltenberg, who will visit South Korea and Japan in the coming weeks as a show of support, stressed that Washington had the right to defend itself and its allies, but called for greater diplomatic efforts.

"The use of military force will have devastating consequences, I think nobody really wants that, therefore we need to continue to push for a negotiated solution," Stoltenberg said in an interview at NATO head quarters in Brussels.

"The US has the right to defend itself, to defend its allies, but at same time I am absolutely certain no one wants a military solution, so we still see a united effort to try to step up the pressure against North Korea."

Trump met his national security team on Tuesday and discussed a "range of options" to respond to Pyongyang's repeated recent nuclear and ballistic missile tests.

The meeting came days after Trump, who last month threatened to "destroy" North Korea, said on Twitter that years of talks with Pyongyang had achieved nothing and "only one thing will work".

Next week's naval drills in the Sea of Japan and the Yellow Sea will feature the USS Ronald Reagan aircraft carrier and two US destroyers alongside South Korean Navy vessels, part of a flurry of military hardware movement in the region in recent days.

Earlier this week two supersonic US heavy bombers flew over the Korean peninsula, staging the first night-time joint aviation exercises with Japan and South Korea, the latest in a series of flyovers.

NATO's covenant of self-defence, under which an attack on one member triggers a response from all, does not apply to South Korea or Japan despite their status as "global partners" and Stoltenberg stressed that NATO was "not planning any military presence in that part of the world".

But he cautioned that a strike on Japan or South Korea would "trigger a really dangerous situation, it would have catastrophic consequences".

And the growing range and accuracy seen in the North's missile tests have prompted the 29-nation alliance to review its missile defence system, which has been partially operational from a base in Romania since last year.

"Our experts are working on technology, on how to improve our systems," Stoltenberg said.

The North Korea crisis will be high on the agenda at a meeting of EU foreign minister next week, where a fresh package of sanctions against Kim Jong-Un's regime is set to be approved.

Three individuals and six entities will be added to the blacklist, a senior EU official said, and the bloc plans to step up diplomatic pressure on countries who are not enforcing tough international sanctions against the North.