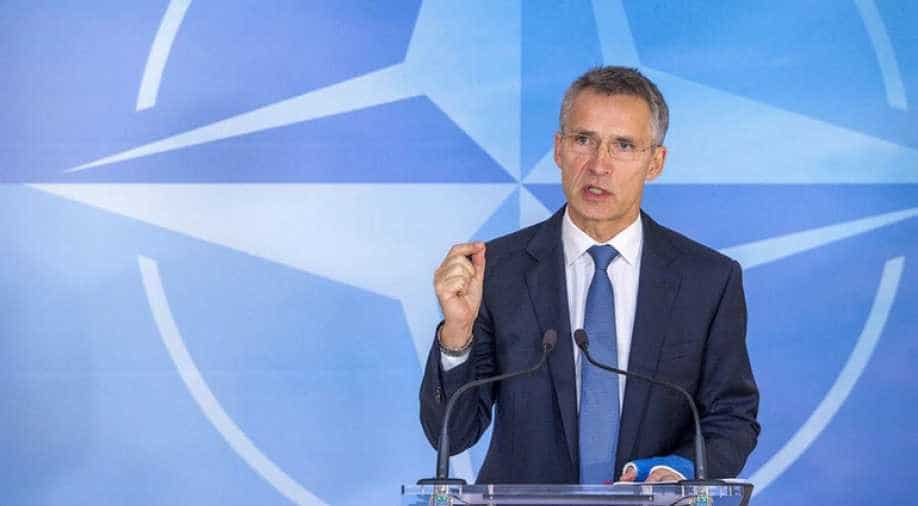 The move was a precondition for the first face-to-face talks between Russian President Vladimir Putin and his Ukrainian counterpart Volodymyr Zelensky.

NATO chief Jens Stoltenberg on Wednesday welcomed a pullback by the Ukrainian army and Moscow-backed separatists in eastern Ukraine, but reiterated calls for Russia to "withdraw all their troops".

Tuesday saw a long-awaited pullback between the two sides in a key area of the war-torn east.

The move was a precondition for the first face-to-face talks between Russian President Vladimir Putin and his Ukrainian counterpart Volodymyr Zelensky.

"We welcome all efforts to reduce tensions," Stoltenberg said during a visit to the Ukrainian port city of Odessa.

"But we know there is a long way to go because there are still ceasefire violations," he said.

"NATO states very clearly that Russia has a special responsibility to... withdraw all their troops, all their officers" from eastern Ukraine, Stoltenberg added.

Since coming to power in May, comedian-turned-president Zelensky has sought to revive a peace process to end a five-year-old separatist conflict in eastern Ukraine that has claimed some 13,000 lives.

But those efforts have stalled as Kiev's forces and the separatists have repeatedly failed to pull back troops from the frontline because of exchanges of gunfire.

Kiev and its Western backers accuse Russia of funnelling troops and arms across the border to fan the flames of the conflict. Moscow has denied the claims.