Mike Pompeo to visit Colombia amid tensions with Venezuela 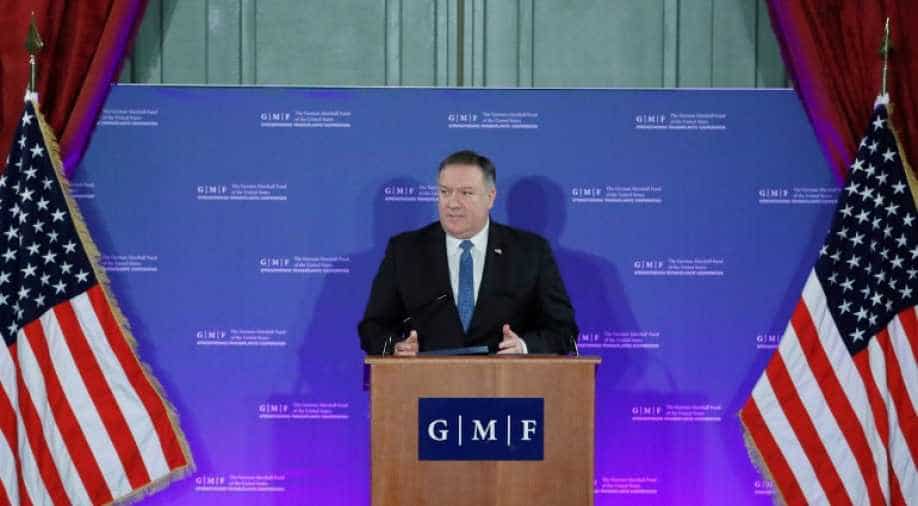 The US State Department, in its own announcement, said the two would discuss 'the regional crisis perpetrated by the disastrous policies of the Maduro regime.'

US Secretary of State Mike Pompeo will meet Colombian President Ivan Duque in the resort city of Cartagena next week, as tensions flare with neighbouring Venezuela.

Duque and Pompeo will seek to "continue strengthening the bilateral relationship and discuss the crisis provoked by the dictatorship in Venezuela" of President Nicolas Maduro, a statement from the Colombian president's office said Thursday.

The US State Department, in its own announcement, said the two would discuss "the regional crisis perpetrated by the disastrous policies of the Maduro regime."

The meeting is scheduled for next Wednesday and comes after Duque asked countries "that defend democracy" not to recognize Maduro's new administration, due to be seated on January 10.

The socialist leader, who has overseen Venezuela's descent into the worst economic crisis of its history, will start a second mandate after winning an election earlier this year that was branded a fraud by the US, European Union, opposition groups and the Organization of American States.

Colombia, a strategic ally of the United States, is leading the regional opposition to Venezuela, with which it has extremely frayed diplomatic ties.

The arrival of Russian strategic bombers in Venezuela to participate in military exercises at the start of December sent tensions soaring.

Millions of Venezuelans have fled the economic crisis in their country, many into neighboring Colombia. According to the United Nations, 2.3 million people have left since 2015.

Maduro, who frequently denounces plots against him, insisted this month that the United States was planning to overthrow him with the help of Colombia's right-wing government and Brazil's far-right president-elect Jair Bolsonaro.