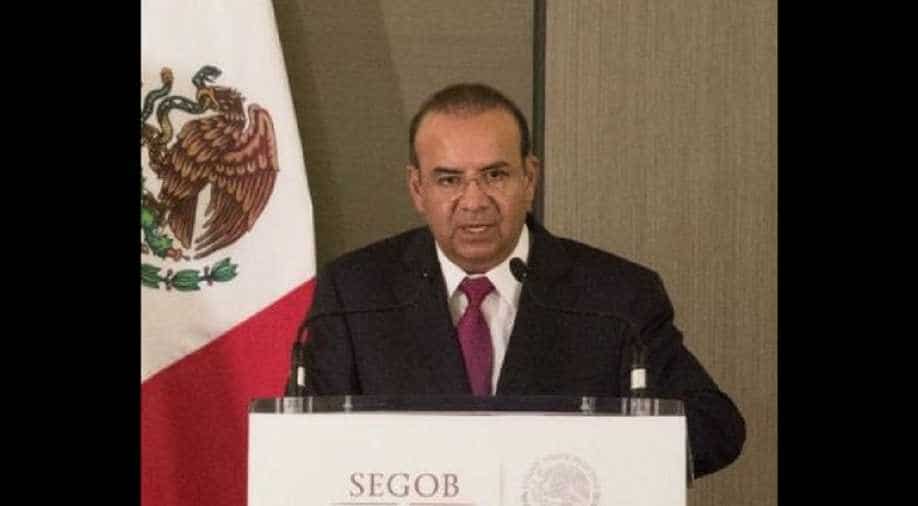 Mexico will elect a new president, Congress and a host of local and state officials on July 1, a vulnerable moment for a country where multi-billion-dollar drug cartels wield huge power.

"There are warning signs and alarm bells in some regions of the country," Navarrete said in response to a journalist's question about reports of candidates coming under pressure from organized crime.

He mentioned the town of Chilapa, in the violent southern state of Guerrero, where two candidates for a seat in the state legislature were murdered last month.

"There have been reckless attempts to pressure candidates... to align themselves with a particular criminal group," Navarrete said.

"We're not going to let this happen."

Two of the leading presidential candidates, conservative Ricardo Anaya of the National Action Party (PAN) and Jose Antonio Meade of the ruling Institutional Revolutionary Party (PRI), have warned of possible attempts by drug cartels to influence the elections.

The front-runner, veteran leftist Andres Manuel Lopez Obrador, has however said he sees no signs of interference by organized crime.

Lopez Obrador has proposed an amnesty for drug crimes as a way to stop the violence racking Mexico, widely blamed on drug cartels -- though he has waffled on whether the controversial proposal referred only to minor offenders or hitmen and kingpins as well.

Mexico is a dangerous place to be a local politician.

According to the National Mayors' Association, more than 100 mayors, ex-mayors or mayors-elect have been murdered by criminal gangs since 2006, the year the government declared war on drug cartels.

Candidates are often in the line of fire as well.

The latest killing came Friday, when a mayoral candidate in the central state of Puebla named Gustavo Martin Gomez Alvarez was shot 11 times by gunmen in the town of Francisco Z. Mena.

The shooting happened hours after the secretary general of the Organization of American States, Luis Almagro, warned that political violence has reached "absolutely unacceptable" levels in Mexico ahead of the July polls.