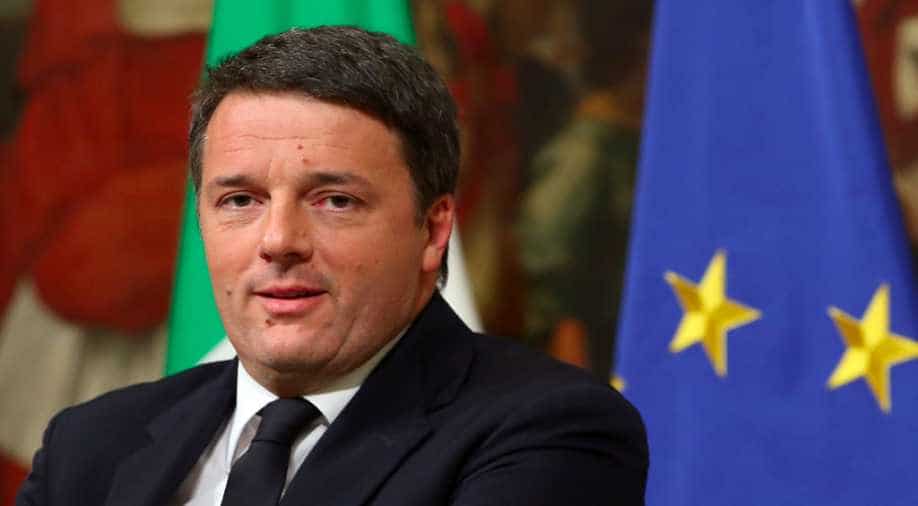 Italian Prime Minister Matteo Renzi speaks after the results of the referendum on constitutional reforms at Palazzo Chigi on December 5, 2016. Photograph:( Getty )

His resignation has kicked-off a period of political uncertainty in the eurozone’s third largest economy.

41-year-old Renzi was forced to step down after his crushing referendum defeat.

He formally gave his resignation to Matterella on Wednesday evening.

Renzi headed a meeting of the executive of his Democratic Party (PD), before handing back the keys to his Palazzo Chigi residence.

"We are not afraid of anything or anybody, if other parties want to go to the polls .... The PD is not afraid of democracy or elections," Renzi said in a reference to an opposition call for a nationwide vote due in early 2018 to be brought forward by up to a year, news agency AFP reported.

Renzi's rule came to an end with his government winning a vote of confidence in the Senate, which he tried to emasculate via a referendum in which he suffered a crushing defeat on Sunday.

The confidence vote put an end to a  prolonged discussion on the approval of Italy's 2017 budget, an unfinished task because of which President Sergio Mattarella had asked Renzi to delay his resignation for a few days.

"Budget law approved. Formal resignation at 1900. Thanks to everyone and viva l'Italia!" ("long live Italy!") he tweeted.