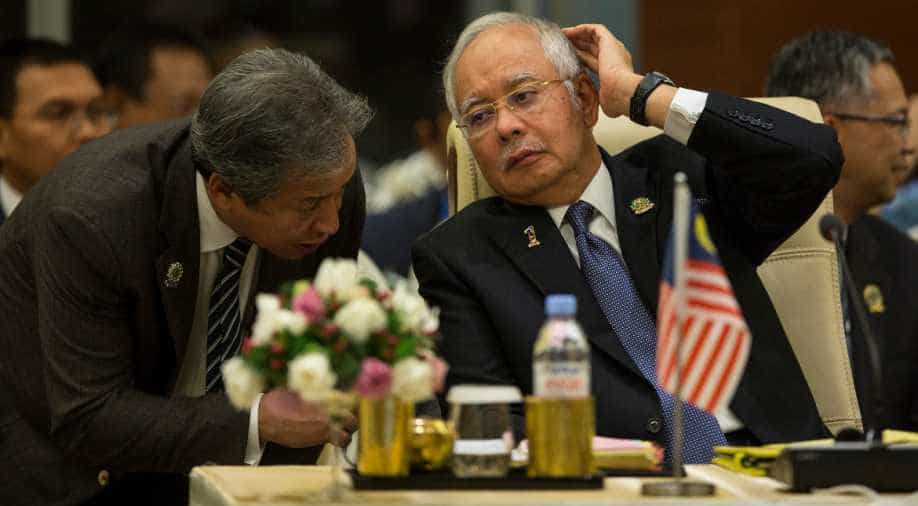 Despite her arrest, some 20,000 Malaysians clad in the yellow of the reformist Bersih campaign flooded Kuala Lumpur for the second time in 15 months. Photograph:( Getty )

Malaysian police on Monday freed the head of a pro-democracy group which organised a mass rally calling on Prime Minister Najib Razak to resign over a massive corruption scandal.

Maria Chin Abdullah, chair of the pro-reform NGO alliance "Bersih", was detained on November 18 on the eve of the rally and kept in solitary confinement.

Her arrest under a law designed to combat terrorism sparked international criticism including from the US State Department.

Despite her arrest, some 20,000 Malaysians clad in the yellow of the reformist Bersih campaign flooded Kuala Lumpur for the second time in 15 months.

They were venting anger over allegations that billions of dollars were stolen from state investment fund 1MDB, Najib's brainchild.

"Chin has been freed. She is cheerful," her lawyer Gurdial Singh Nijar told AFP.

"The police freed her because they have no grounds for her detention."

Chin could not be reached for comment but was expected to address her supporters at Independence Square. They have been holding nightly vigils demanding her freedom.

Malaysia has been gripped for more than a year by the allegations of looting involving 1MDB, a state investment fund which Najib founded and oversaw.

But the US Justice Department, which has filed lawsuits to seize assets it says were purchased with stolen 1MDB money, says the fund was pillaged in an audacious campaign of fraud and theft that involved an unnamed top Malaysian official.

A Malaysian cabinet official has since admitted that individual was Najib.

Najib had earlier condemned Bersih's rally as an opposition plot "to unseat a democratically elected government".