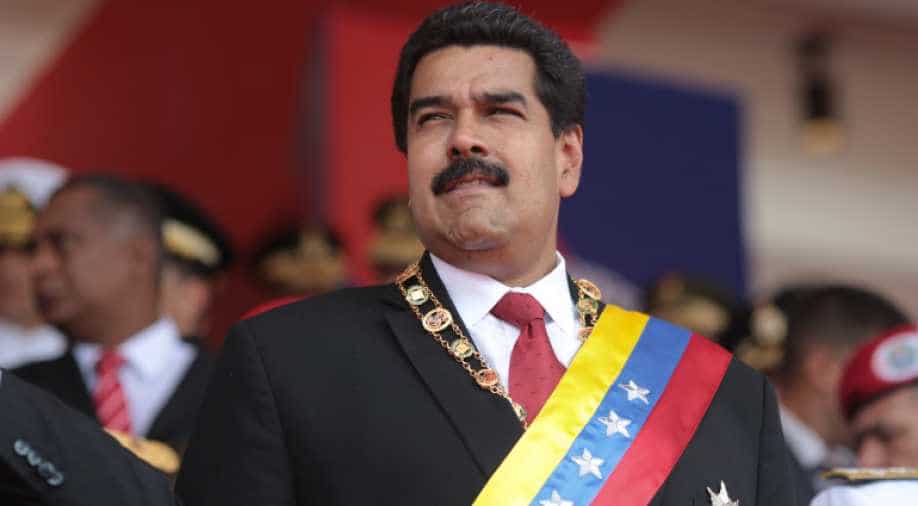 President Nicolas Maduro's government won a landslide victory in closely-watched regional elections in Venezuela on Sunday, according to official results that the opposition said were "suspicious."

Maduro's socialist party won governorships of 17 of the 23 states with the Opposition Democratic Union Roundtable (MUD) coalition taking only five, according to the results announced by the National Elections Council.

The official turnout was 61.14 per cent.

Maduro said his government had scored an "emphatic victory" over its rivals.

The Opposition has five,' Maduro underscored in a speech to supporters, adding that his party could win one further state where the results were still in dispute

"The Opposition has five," Maduro underscored in a speech to supporters, adding that his party could win one further state where the results were still in dispute.

Public opinion surveys had predicted that the opposition would win a majority of state governorships despite alleged government dirty tricks to suppress a high turnout.

Sunday's vote came against the backdrop of an International Monetary Fund report in which it sees Venezuela's economic downturn, and the suffering of its population, continuing.

Venezuela "remains in a full-blown economic, humanitarian, and political crisis with no end in sight," the Fund said in a report on Latin American economies.

International powers accuse Maduro of dismantling democracy by taking over state institutions in the wake of an economic collapse caused by a fall in the price of oil, its main source of revenue.

Sunday's polls were the first contested by the opposition since legislative elections in 2015 that gave it a majority in the National Assembly.

The MUD has seen Maduro's hand strengthened after he faced down four months of protests that killed 125 people, forming a Constituent Assembly packed with his own allies and wresting legislative power from the opposition-dominated National Assembly.

For Maduro, the polls were an opportunity to counter allegations of dictatorship levelled at him at home and abroad after forming the Constituent Assembly.