'Lost for words': YouTuber discovers submerged car of teenager who disappeared 21 years ago 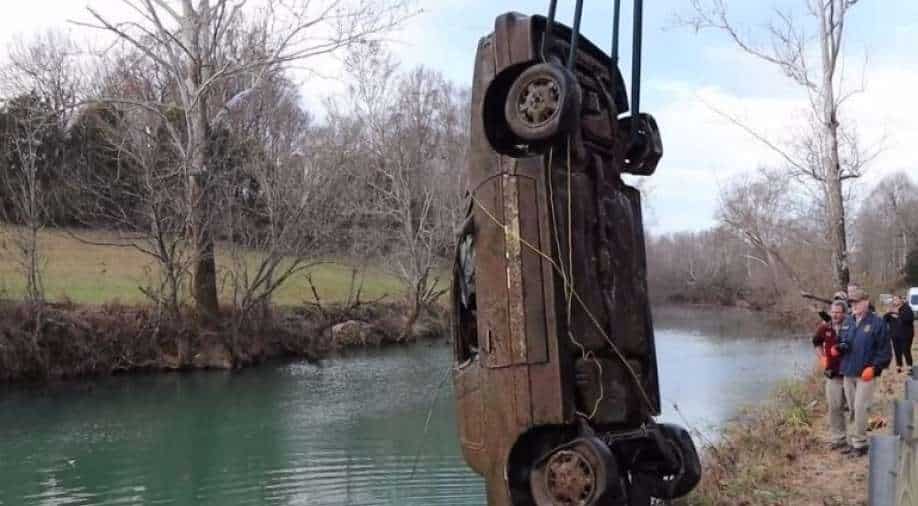 The Pontiac Grand Dam being pulled out by officials of White County Sheriff's Office from Calfkiller River Photograph:( Facebook )

Erin Foster and her friend Jeremy Bechtel had disappeared from their foster home in 2000 and were last seen in a black 1998 Pontiac Grand Dam, the same car discovered by Sides

A scuba diving YouTuber found the submerged car of two teenagers who disappeared 21 years ago in Tennessee.

After making the discovery, Jeremy Beau Sides said he was ''lost for words'' and hoped it helps to ''bring closures to families in need.''

Erin Foster and her friend Jeremy Bechtel had disappeared from their foster home in 2000 and were last seen in a black 1998 Pontiac Grand Dam, the same car discovered by Sides.

"When I saw two teens went missing and vanished in a car, that really stood out to me," Sides said.

"When I looked at the town where they were last seen, I saw that a big river ran through it. That just told me to go."

In the video titled, "COLD CASE: Searching Lake For Two Teenagers That Vanished 20 Years Ago!," Sides explained how he found the car in Calfkiller River.

He called Major John Meadows when he saw a "Pontiac" label after wiping algae from the submerged car.

"All the windows are up. Looks like they went around the corner and lost control and went off into the river," Sides said in his YouTube video.

Sheriff Steve Page with the White County Sheriff's Office said "We're not sure yet that we have the correct teenagers, but we believe it is."