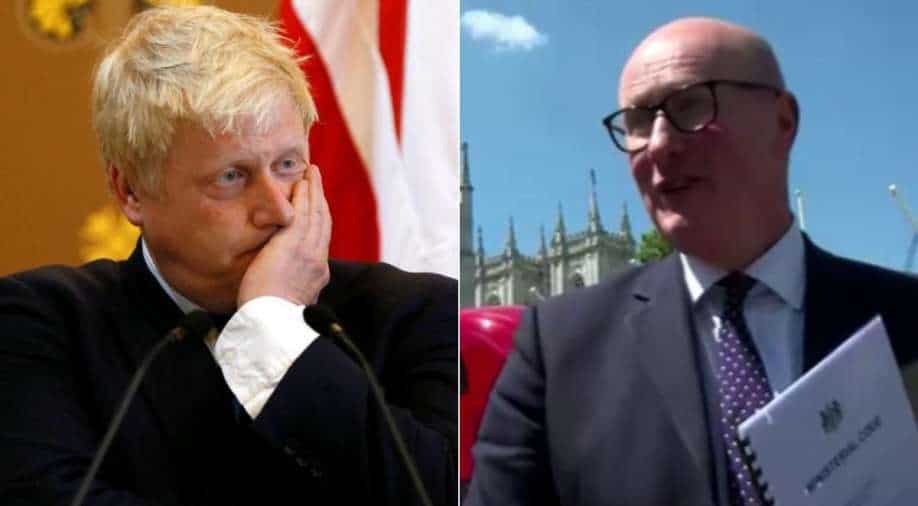 Downing Street also published Johnson's reply to Geidt's resignation letter. He said that he had sought Geidt's 'advice on the national interest in protecting a crucial industry' through retaliatory trade tariffs

Downing Street has published a letter from Prime Minister Boris Johnson's former ethics adviser Lord Geidt who resigned suddenly on Wednesday (June 15). Notably, Christopher Geidt is the second official to quit the role in two years in an apparent protest against Johnson's actions. In his resignation letter to Johnson, Lord Geidt said that "this request has placed me in an impossible and odious position" and he can have "no part in this."

Without divulging details, he referred to a plan that risked breaking the government's ministerial code. Although he said an intention to breach the code to suit a political end would have made a "mockery" of the rules.

Lord Geidt has arrived very late to the party, but his resignation letter concludes that ‘I can have no part in this.’

Millions of us reached the same conclusion long ago, so that’s what we should ALL be saying about Liar Johnson’s criminal regime. And acting on it. #LordGeidt pic.twitter.com/89fsaAb4wF

Meanwhile, Downing Street also published Johnson's reply to Geidt's resignation letter. He said that he had sought Geidt's "advice on the national interest in protecting a crucial industry" through retaliatory trade tariffs. Geidt's role was to advise Johnson on matters relating to the ministerial code of conduct.

The United Kingdom PM and his government faced criticism for hosting alcohol-fuelled parties at No 10 when such gatherings were banned across the country due to coronavirus lockdown. After an investigation, some members of the government were slapped with fines.

It is understood that Geidt was not happy with the way the prime minister handled the Partygate scandal. A friend of Lord Geidt told the BBC they feel "deeply saddened that such an honourable and dedicated public servant has been put in a position where he feels forced to resign".

Johnson wrote, "My intention was to seek your advice on the national interest in protecting a crucial industry, which is protected in other European countries and would suffer material harm if we do not continue to apply such tariffs."

"In seeking your advice before any decision was taken, I was looking to ensure that we acted properly with due regard to the ministerial code," he added.