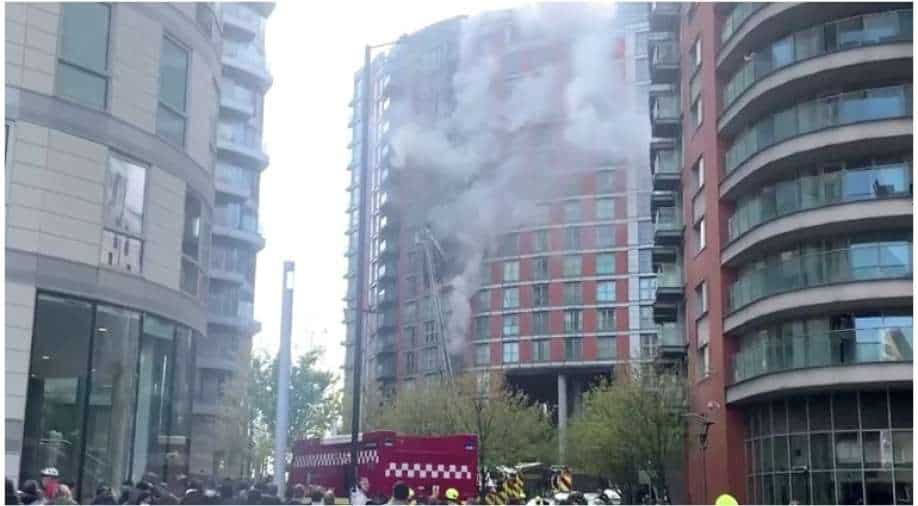 Firefighters work to put out the flames at the cladding panel-covered Tower Hamlets, New Providence Wharf in East London, Britain May 7, 2021 Photograph:( Reuters )

London firefighters were tackling flames at 19-storey block of flats in the eastern part of the city on Friday. Smoke emerged from 8th, 9th and 10th floors. Ambulances were treating people in the areas.

Around 100 firefighters had been working on the building while paramedics and police attended the scence.

The London Ambulance Service said it had dispatched ambulance crews, clinical team managers and support vehicles to the area.

"They've treated a number of people, and remain at the scene, working with other emergency services," they said.

As per witness report, the fire was out by 1000 GMT

The fire in the east of the city near the Canary Wharf financial district comes almost four years after 72 people died when their Grenfell Tower home in West London turned into an inferno, aided by dangerous combustible cladding.

The cladding used on the block was identified as central to the rapid spread of the fire, and has since been found on buildings across the country, necessitating expensive removal or round-the-clock fire watches.

Just this year the government set out how it would help fund the removal of the cladding from high-rise residential buildings.