Thirty three dead, others trapped after avalanche in eastern Turkey 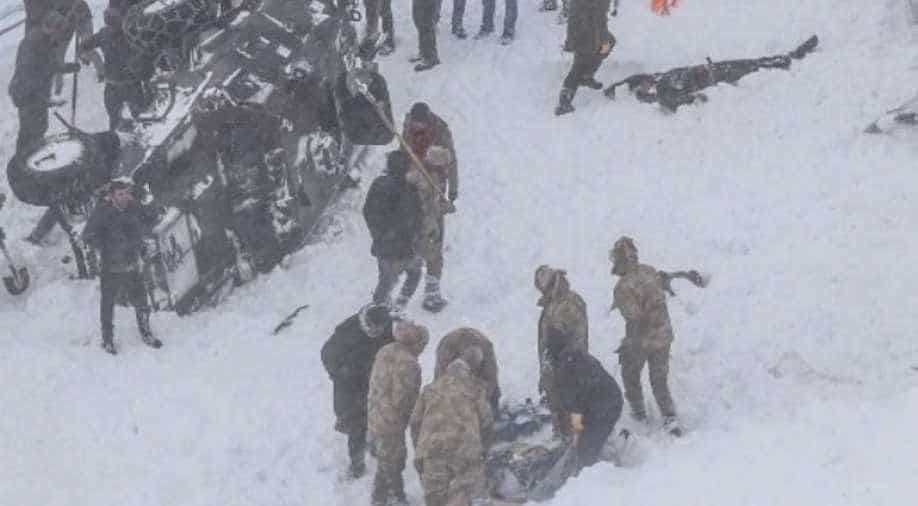 Security officers and villagers try to save victims in an avalanche near the town of Bahcesehir, in the eastern Turkey province of Van Photograph:( AFP )

Rescue teams were working to rescue people trapped under an earlier avalanche that struck on Tuesday, killing five people.

At least 33 people were killed in eastern Turkey Wednesday by a second avalanche which buried a team of rescuers searching for people hit by the first the day before.

The bodies of 33 rescue workers and civilians were discovered in Van province, where they had been helping dig out a minibus buried by snow late Tuesday, the government's disaster agency AFAD said.

Five people aboard the vehicle were killed, taking the overall toll to 38. Eight people had been rescued alive from the first avalanche.

Television images showed dozens of people scrambling up the mountains, digging through snow in blizzards to find those trapped under the snow.

The number of those injured was 53 in total after the second avalanche hit after 0900 GMT between Bahcesaray and Catak districts, AFAD said.

Health Minister Fahrettin Koca warned the number of casualties could rise as local media reported an unknown number of people could still be under the snow. 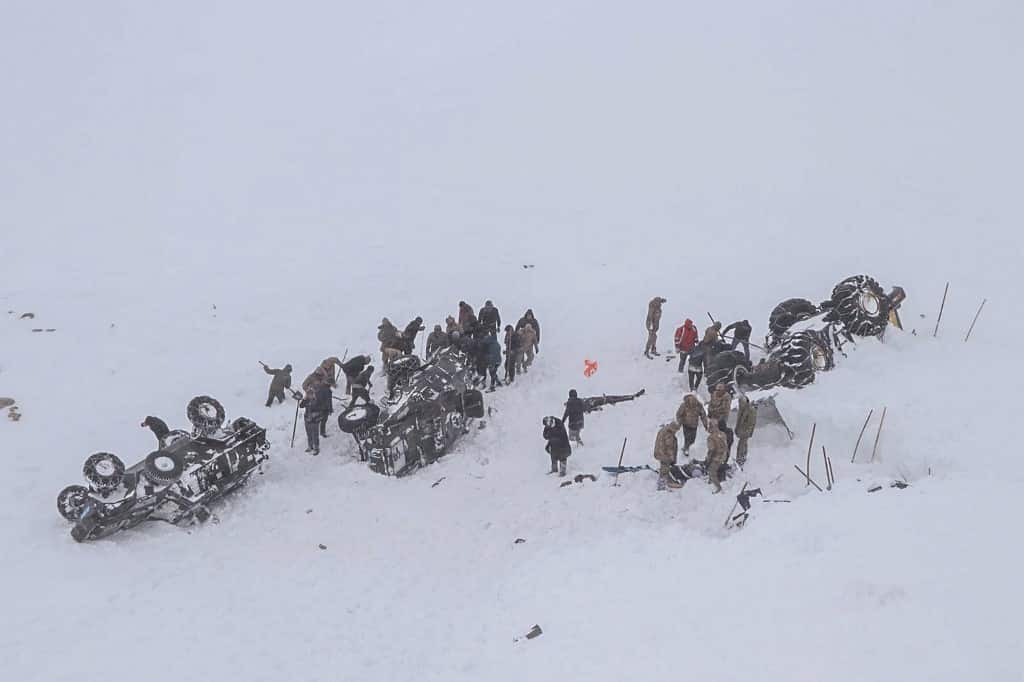 [Emergency service members dig in the snow around at least three overturned vehicles, near the town of Bahcesehir, in the eastern Turkey province of Van, on February 5, 2020 as some dozens of rescue workers are missing after being hit by a second avalanche while on a mission to find two people missing in a previous snow-slide that struck late on February 4. (AFP Photo) ]

The rescuers had been searching for two people from Tuesday's incident, AFAD's Van province chairman Osman Ucar told reporters from his hospital bed.

He was among those injured including former ruling party MP for Van, Gulsen Orhan, who now advises President Recep Tayyip Erdogan.

Authorities were alerted to the first avalanche when snow-clearing vehicle operator Bahattin Karagulle escaped from his snow-covered machine and informed officials of what had happened, Milliyet daily reported.

The AFAD agency sent dozens of rescue workers after the first disaster while gendarmerie officers and firefighters assisted.

Local media reported that residents in nearby areas also joined the rescue efforts in an area difficult to reach in harsh winter conditions.

Television images showed dozens of people scrambling up the mountains, digging through snow in blizzards to find those caught under the snow.
A special military plane with 75 gendarmerie officers and other rescue officials were on their way from Ankara, AFAD and the defence ministry said.

Erdogan spoke to Soylu to obtain information on the efforts, the presidency said.

The president's spokesman, Ibrahim Kalin, also said on Twitter that "every tool available was mobilised" to help officials.

Christian Berger, the EU ambassador to Turkey, offered his "deepest sympathies and heartfelt condolences" as did the US embassy to Turkey on Twitter.

Last month, the eastern province of Elazig was hit by a powerful 6.7-magnitude earthquake, killing 41 people and injuring over 1,600 others.
A 2009 avalanche in the northeastern province of Gumushane killed 11 climbers in the Zigana mountains.