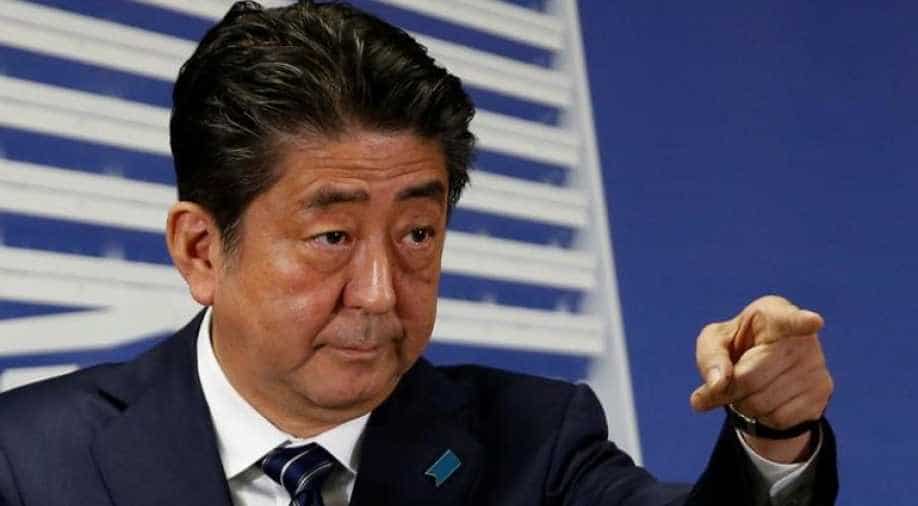 'The ruling parties were given a majority ... as people decided to urge us to firmly push for policies under the stable political base,' Abe told public broadcaster NHK.

Japanese Prime Minister Shinzo Abe claimed victory Sunday for his ruling coalition in the upper house election but appeared to fail to secure a "supermajority" in the chamber in support of his dream to amend the nation's pacifist constitution.

With the results, the 64-year-old Abe, who is on course to become Japan's longest-serving prime minister, aims to shore up his mandate ahead of a crucial consumption tax hike later this year, along with trade negotiations with Washington.

"The ruling parties were given a majority ... as people decided to urge us to firmly push for policies under the stable political base," Abe told public broadcaster NHK.

"I want to meet their expectations soundly," he said at the headquarters of his Liberal Democratic Party.

Abe's LDP and its coalition partner Komeito are forecast to take at least 69 of the 124 seats -- about half the chamber -- up for election on Sunday, with six seats still undecided, according to NHK.

The two parties control 70 seats in the half of the 245-seat chamber that is not being contested, putting them on track to maintain their overall majority.

NHK's projection and similar estimates by other media are based on exit polling and other analysis.

Final numbers were not expected until Monday at the earliest.

"The results, which were within expectations, indicated that voters chose the status quo, not a change," Shinichi Nishikawa, professor of political science at Meiji University in Tokyo, told AFP.

Abe is almost certain to stay in power until November when he will break the record for the nation's longest-serving premier held by Taro Katsura, a revered politician who served three times between 1901 and 1913.

Local media also predicted that forces in favour of revising the constitution, led by Abe's LDP, were certain to fail to reach 85 of the seats up for grabs, which would give them a two-thirds "supermajority" in the chamber.

Following the vote, however, Abe said he would continue trying to expand support for the revision even if the pro-revision group eventually misses the target, necessary for proposing a constitutional amendment.

Abe has pledged to "clearly stipulate the role of the Self-Defence Forces in the constitution," which prohibits Japan from waging war and maintaining a military.

The provisions, imposed by the United States after World War II, are popular with the public at large but reviled by nationalists like Abe, who see them as outdated and punitive.

However, any constitutional revision also requires approval in a national referendum.

While the ruling coalition appeared to win voters' confidence, "tough situations are still ahead," said Koji Nakakita, professor of politics at Hitotsubashi University in Tokyo.

Among his imminent tasks is to "smoothly" raise the consumption tax to 10 per cent in October as part of efforts to ease swelling social security costs in the "ultra-aged" country, Nakakita said.

"Also, the trade dispute with the US is a headache while it's hard for Japan to make a decision on Hormuz," he said, referring to the US calls for an international flotilla to escort oil tankers through the Hormuz Strait.

Voter turnout was expected to be lower than 50 per cent for the first time since the 1995 upper house election, NHK said.

"I support the current government because I see no alternative," said Yoshiko Iida, a 45-year-old beauty therapist.

"Opposition parties are woeful," she told AFP. "I don't want to leave power to them."

Susumu Rokkaku, an 85-year-old male pensioner, said: "I voted for an opposition candidate but whoever is elected, nothing will change. I have no expectations.