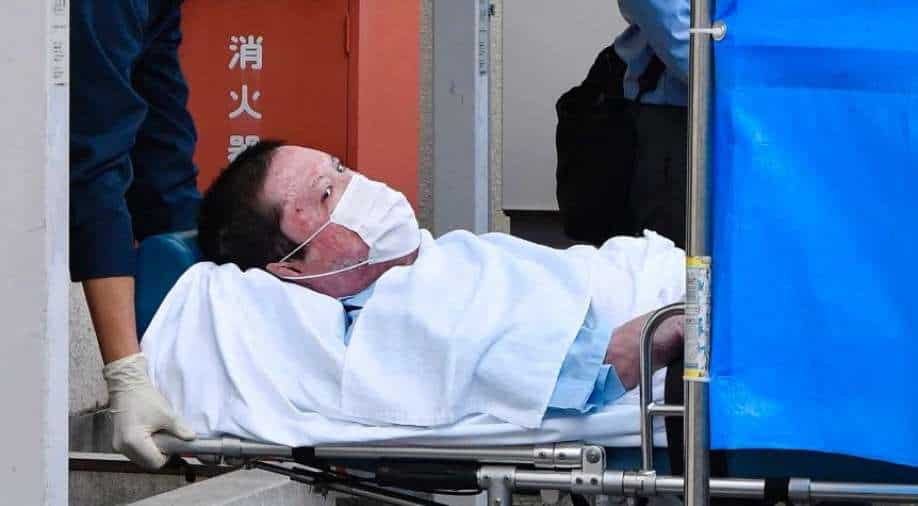 Shinji Aoba, 42, was detained in the aftermath of the July attack, but has been hospitalised since then with severe burns sustained in the incident, and reportedly only regained consciousness in August.

Japanese prosecutors on Wednesday charged a man with murder over the 2019 arson attack on Kyoto Animation that killed 36 people, local media said, the country's deadliest violent crime in decades.

Shinji Aoba, 42, was detained in the aftermath of the July attack, but has been hospitalised since then with severe burns sustained in the incident, and reportedly only regained consciousness in August.

There were no immediate details on the full extent of the charges against Aoba, who was only formally placed under arrest in May.

The Kyoto prosecutor's office did not immediately respond to requests for confirmation.

More than 30 people were also injured in the attack, in which Aoba is accused of breaking into the studio's building, spreading gasoline around the ground floor and setting it alight.

Aoba has reportedly confessed to the arson, and is said to have shouted "drop dead" before starting the fire.

There have been claims that he accused the studio of stealing his work, which Kyoto Animation has denied doing.

Many of those killed in the blaze were young, including a 21-year-old woman.

Parents of some of the victims told local media in May when Aoba was charged that they were still suffering the devastating loss of their loved ones.

"I think about her very often," Shinichi Tsuda, whose daughter Sachie was killed in the fire, told NHK.

"I think about her at the time of the incident, wondering how painful it would have been for her."

The attack sent shockwaves through the anime industry and its fans in Japan and around the world.

"These are people who carry the Japanese animation industry on their shoulders," Kyoto Animation's president Hideaki Hatta told reporters at the time.

"It's heartbreaking. Japanese jewels were lost."