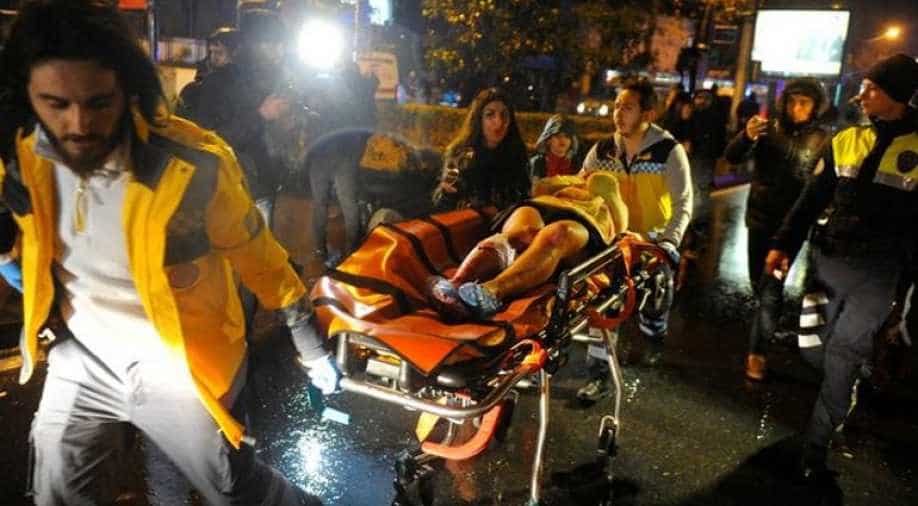 An injured woman is carried to an ambulance from a nightclub where a gun attack took place during a New Year party in Istanbul. Photograph:( Reuters )

At least 39 people were killed and 69 wounded when one gunman shot his way into an Istanbul nightclub packed with scores of New Year revellers on Sunday.

At least 16 foreigners were among the people killed, Turkish interior minister Suleyman Soylu said, AFP reported. Soylu said in televised comments that of 21 victims who have been identified so far, 16 are foreigners and five are Turks.

Another 69 people are being treated in hospital for their wounds. The provincial governor has called it a terrorist attack.

"A terrorist with a long-range weapon ... brutally and savagely carried out this attack by firing bullets on innocent people who were there solely to celebrate the New Year and have fun," Sahin told reporters.

Indicating that the attacker was still at large, Soylu said: "The search for the terrorist continues... I hope (the assailant) will be captured quickly, God willing."

The Hurriyet newspaper cited witnesses as saying there were multiple attackers and that they shouted in Arabic.

"We were having fun. All of a sudden people started to run. My husband said don't be afraid, and he jumped on me. People ran over me. My husband was hit in three places," one club-goer, Sinem Uyanik, told the newspaper.

"I managed to push through and get out, it was terrible," she said, describing seeing people soaked in blood and adding that there appeared to have been at least two gunmen.

People jumped into waters of Bosphorous to save themselves

The nightclub in Ortakoy, known to be popular with both the locals and foreigners, overlooks the Bosphorus Strait. According to CNN Turk, about 500 to 600 people were attending the New Year celebrations at the nightclub when the gunman fired at around 1.15 am. Some jumped into the Bosphorous to save themselves and were later rescued by the police. 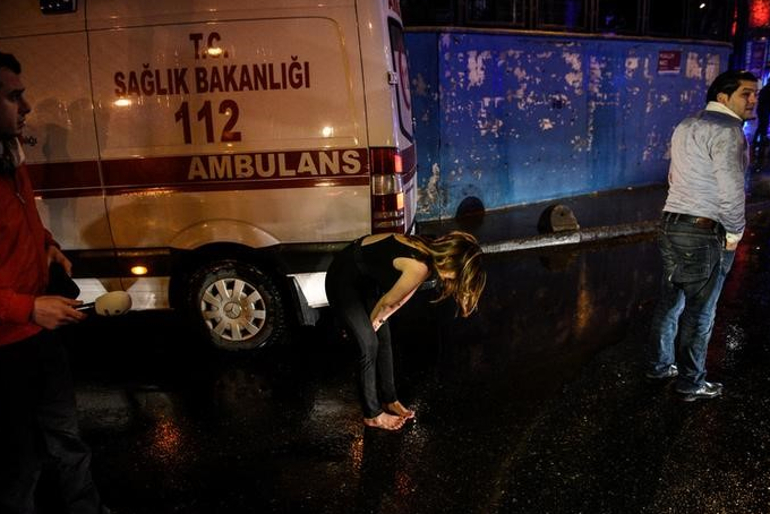 A woman stands near an ambulance after fleeing from the club. (Reuters) 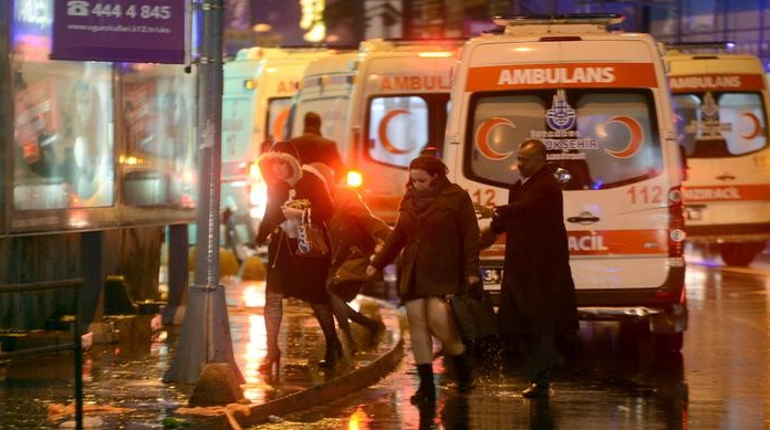 People seen running out of the nightclub. (Reuters) 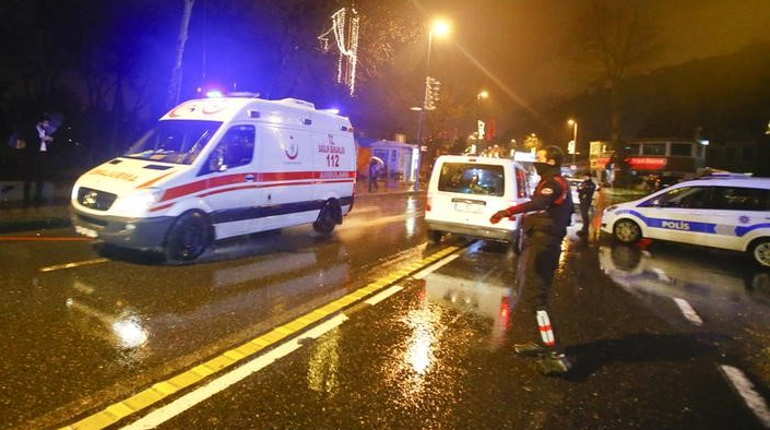 An ambulance arrives at the nightclub. (Reuters)

Television pictures showed men in suits and women in cocktail dresses,emerging out of the nightclub in a state of shock.

Dozens of ambulances and police vehicles were rushed to the club.

"I didn't see who was shooting but heard the gunshots and people fled. Police moved in quickly," Sefa Boydas, a Turkish soccer player, wrote on Twitter.

"My girlfriend was wearing high heels. I lifted her and carried her out on my back," he said.

Reina's owner, Mehmet Kocarslan told Hurriyet that security measures had been taken over the past 10 days after US intelligence reports suggested a possible attack.

The New Year's Eve attack comes at a time when Turkey is still recovering from the failed military coup in July, that left more than 240 people dead.

Istanbul has seen several attacks in 2016, the latest on December 10, when two bombs claimed by Kurdish militants exploded outside a soccer stadium, killing 44 people and wounding more than 150.

In June, around 45 people were killed and hundreds wounded as three suspected Islamic State militants carried out a gun and bomb attack on Istanbul's main Ataturk airport.