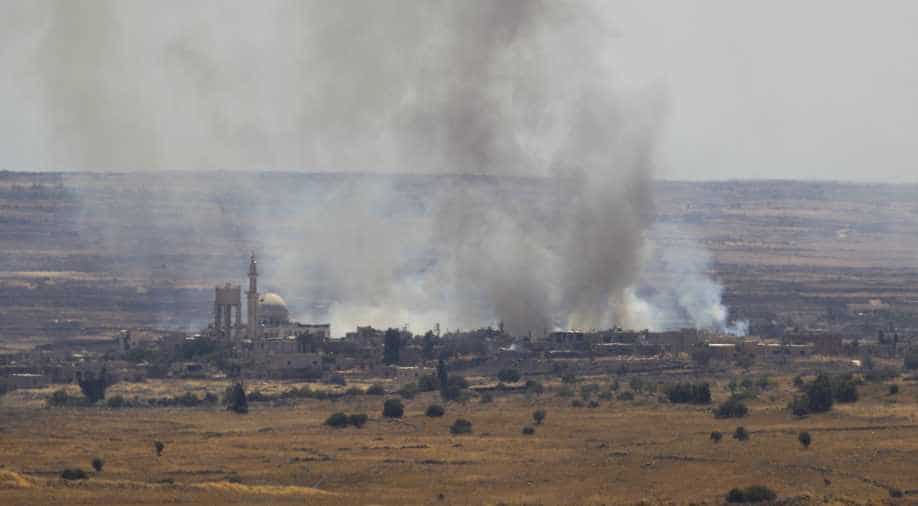 "In response to projectiles launched earlier today at Israel from Syria, Israeli forces targeted the Syrian military artillery position that was the source of the previous fire," a statement said.

Earlier the army warned Syria to expect retaliation after the rounds fell in the Israeli-controlled zone of the strategic plateau, the latest of a string of incidents across the armistice line.

Both of Saturday's stray rounds were the "result of internal fighting in Syria," the army said, adding that there were no reports of casualties.

"Israel maintains a policy of non-involvement in the Syrian civil war. However, we will not tolerate any breach of Israel's sovereignty."

There has been repeated stray fire across the armistice line for the past week as Syrian troops battle rebels, including hardline Islamists, on the other side.

There have been no casualties on the Israeli side but the Jewish State has responded to every incident by striking Syrian army positions.

Rebels recently launched an offensive against Syrian government forces in Quneitra on the Syrian side of the armistice line.

Israel has conducted several air strikes in Syria since that country`s civil war erupted in 2011. Most of it has been against arms convoys or warehouses of its Lebanese arch-foe Hezbollah.

The Iran-backed movement is a key supporter of the Syrian regime and is fighting alongside government forces.

In April, Israel shot down what it identified only as "a target" over the Golan, hours after Syria accused it of hitting a military position near Damascus airport.

Israel did not confirm or deny the reported Damascus attack.

Israeli Prime Minister Benjamin Netanyahu said on Wednesday that he would not tolerate any spillover from the fighting in Syria.

"Our line is clear," Netanyahu said a Hebrew-language speech during a visit to the Golan.

"We shall not permit radical Islam, led by Iran or Daesh, to open a terrorist front against the state of Israel from the Syrian side of the Golan Heights," he said using the Arabic acronym for the Islamic State Jihadist group.

Israel seized 1,200 square kilometres (460 square miles) of the Golan Heights from Syria in the Six-Day War of 1967 and later annexed it in a move never recognised by the international community.

Around 510 square kilometres are under Syrian control.