Is Biden declaring ‘independence from the virus’ too soon? 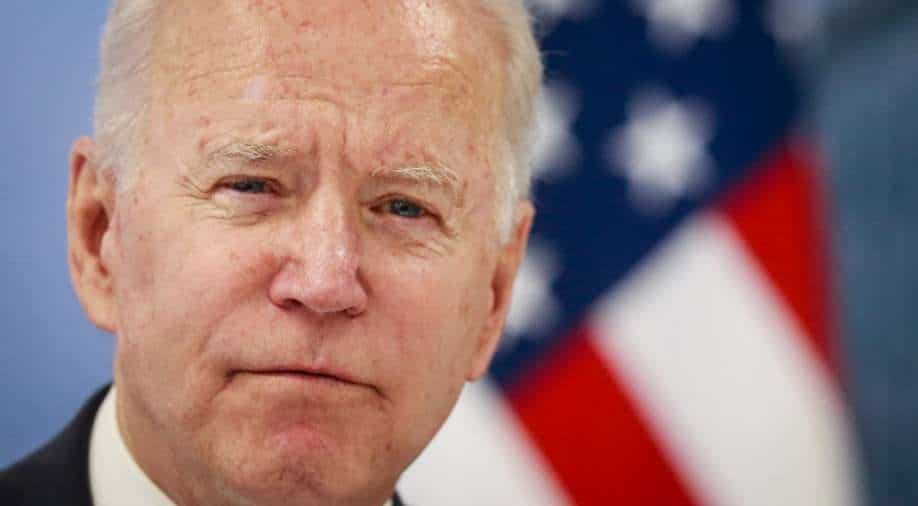 Biden and his advisers, eager to claim credit for the virus’s retreat in the United States, are talking about a “summer of joy and freedom.”

President Joe Biden’s plan to celebrate “independence from the virus” on the Fourth of July is running into an unpleasant reality: Less than half the country is fully vaccinated against the coronavirus, and the highly contagious delta variant is threatening new outbreaks.

The president and first lady Jill Biden have invited 1,000 military personnel and essential workers to an Independence Day bash on the South Lawn of the White House. Biden and his advisers, eager to claim credit for the virus’s retreat in the United States, are talking about a “summer of joy and freedom.”

The president will visit Traverse City, Michigan, on Saturday as part of what the White House calls the “America’s Back Together” celebration. Jill Biden will also take to the road, as will Vice President Kamala Harris, her husband, Doug Emhoff, and various Cabinet officials who will attend festivals, parades and cookouts around the nation.

But public health experts fear that scenes of cross-country celebrations — including a White House party with a liberation theme — will send the wrong message when wide swaths of the population remain vulnerable and true independence from the worst public health crisis in a century may be a long way off.

“We’re still in the middle of this marathon,” said Dr. William Schaffner, an infectious disease expert at Vanderbilt University. Despite considerable progress in decreasing the number of coronavirus cases and deaths in the United States over the past few months, he said, it remains too early to “unfurl the ‘mission accomplished’ banner.”

Suggesting that the country is moving past the pandemic is a delicate task for Biden and his fellow Democrats, who must balance caution with bolstering the economy and getting national morale back on track.

The Democratic National Committee this week released an upbeat ad titled “America’s Coming Back.” Its spokesperson wrote on Twitter that the “America’s Back” mobile — a bus with the president’s image on it — would be traveling the country and offering free Jeni's Splendid Ice Creams, a gourmet brand favored by House Speaker Nancy Pelosi.

The blowback was swift. “Need to rename this the ‘USS Tone Deaf McCovid Mobile,’” a Twitter user wrote.

Several family members of COVID-19 victims said it was difficult to hear Biden suggest that the nation was returning to normal while they were still grieving.

“There’s no return to normalcy for us,” said Sabila Khan, 42, of Jersey City, New Jersey, who created a Facebook support group after her father died of COVID-19. “It’s very nerve-racking when the government is encouraging you to just move beyond it. We lost our loved ones. We are never moving past this.”

White House officials said Biden was hardly declaring victory or “mission accomplished,” but simply wanted to take stock of the gains the United States had made against the virus since he took office. To combat the spread of the delta variant, the administration is sending “COVID-19 surge response teams” to communities at risk, Jeffrey Zients, the White House coronavirus response coordinator, told reporters Thursday.

“The Fourth of July is a moment for us to step back and celebrate our progress,” Zients said. “There’s a lot more work to do.”

The United States has made significant progress against the pandemic since Biden took office Jan. 20, warning of a “dark winter” ahead. Daily reports of new cases are holding steady at about 12,000, the lowest since testing became widely available, according to a New York Times database — down from about 200,000 on Inauguration Day.

For the first time since March 2020, the country is averaging fewer than 300 newly reported deaths a day, a decline of about 20% over the past two weeks. Hospitalizations are also dropping.

But the advances have been uneven, with a large portion of U.S. cases emerging in a handful of hot spots, particularly where vaccination rates are low. Las Vegas, rural Utah, rural Arkansas, Cheyenne, Wyoming, and the Missouri Ozarks are among the places with upticks. And because the national trend lines are flat, experts do not know precisely which way they will go.

“If you looked a couple of weeks ago, most of those projections were trending downwards; it looked like we were sailing into summer,” said Lauren Ancel Meyers, a public health researcher at the University of Texas at Austin. “Those projections now have flatlined. We’re not necessarily seeing an indication yet that things are going to surge in parts of the country, but we aren’t sure what’s going to happen.”

A number of governors are planning to lift their public health emergency orders in the coming weeks; Maryland and Virginia lifted their orders Thursday, bringing an end to mask mandates and other restrictions.

But the national emergency declared by former President Donald Trump remains in effect through late July, and the White House has told governors that Biden plans to extend it, officials said.

The vaccination campaign, meanwhile, is plodding along, with about 1 million shots administered each day. Biden had hoped to have 70% of adults at least partly vaccinated by July 4, but the White House conceded last month that it would not meet that goal.

The truer measure of protection, experts say, is whether people are fully vaccinated; only 46% of Americans fall into that category. With children under 12 still ineligible for the vaccine, it will be some time before a vast majority of the United States is fully vaccinated. Public health officials are particularly worried about outbreaks once school resumes in the fall.

In an era when vaccination has become a subject of fierce political debate, White House officials are not requiring guests at the July 4 party to be vaccinated. But they will be asked to present evidence of a negative COVID-19 test taken within three days of the event, and the White House has advised those who are unvaccinated that they “should wear a mask,” Jen Psaki, the White House press secretary, said this week.

Meyers, of the University of Texas, said the requirements were “very sensible” and a show of responsible behavior. “Testing, face masks, vaccinations: Those are our tickets to freedom from this threat,” she said.

But the absence of a vaccination requirement for White House party guests is also evidence of the challenges ahead, said Dr. Tom Frieden, a former director of the Centers for Disease Control and Prevention.

“There is so much toxic politics around COVID that it’s constraining sensible action,” he said. “Obviously it makes sense to require proof of vaccination in various settings, but that has become a political lightning rod.”

Frieden and other experts said they feared that if the delta variant continues to circulate, it will mutate in a way that leaves even the vaccinated vulnerable. That already seems to be happening elsewhere in the world; even countries like South Korea and Israel, where the virus seemed to be in check, have new clusters of disease.

“Compared to many other countries, we are in a much more secure situation,” said Jennifer Nuzzo, a public health researcher at Johns Hopkins University. But, she added, “I really do worry that as America enjoys its freedoms, we forget about the rest of the world, and that could come back to bite us.”

When Biden announced his July 4 vaccination goal in early May, he said meeting it would demonstrate that the United States had taken “a serious step toward a return to normal.” For many people, that seems to be the case. The president said then that Americans would be able to gather in backyards for small Independence Day barbecues; his gathering of 1,000 guests is partly aimed at showing the country that his administration has exceeded expectations even if vaccinations have stalled.

While Biden has repeatedly spoken of “independence from the virus,” Arthur L. Caplan, director of NYU Langone Medical Center’s medical ethics division, said the president should be careful about the language he uses.

“Before I went out and had my fireworks and sipped piña coladas on the White House veranda, I would say, ‘I’ve got to make clear, as president, we have major challenges unresolved,’” Caplan said. “I would say, ‘We’re doing well at halftime.’”

Dr. Anthony Fauci, the president’s top medical adviser for the pandemic, said there was nothing contradictory about the administration’s message.

“You can still celebrate at the same time as you get your message very, very clear,” he said, adding that the White House message remains the same: “If you are vaccinated, you have a high degree of protection. If you are not, you should wear a mask and you should think very seriously about getting vaccinated.”