Iraqi forces fight IS at Mosul University, close to capturing areas along Tigris 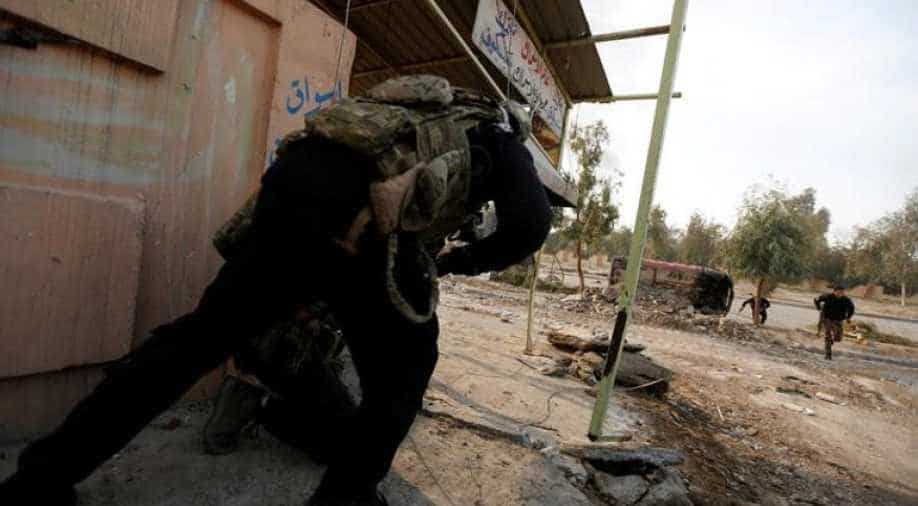 The capture of these areas from the IS will bring at least half of Mosul under the control of the security forces. Photograph:( Reuters )

Iraqi special forces have driven back Islamic State (IS) militants from the strategic Mosul University campus on Saturday and are close to capturing large areas along the Tigris river from the IS, military officials said.

Counter-Terrorism Forces (CTS) battled IS fighters at the university for the second day, gathering in the university canteen. As they unfurled a map of the area, a suspected Islamic State drone flew overhead and they shot at it, Reuters reported.

Seizing the university would be a crucial strategic gain and allow Iraqi forces to advance more quickly towards the Tigris in the city's northeast, military officials have said.

"There are still clashes. We entered the university and cleared the technical institute, dentistry and antiquities departments," Lieutenant General Abdelwahab al-Saadi of the CTS told Reuters. "In the coming hours it will be liberated completely," he said.

The UN says the militants seized nuclear materials used for scientific research from the university when they overran Mosul and vast areas of northern Iraq and eastern Syria in 2014.

Lieutenant General Talib Shaghati, the head of Iraq's Counter Terrorism Force told state television the entire eastern bank of the Tigris — which bisects Mosul from North to South  — would soon be under Iraqi control.

"Hopefully today we will celebrate the end of Daesh," he added.

The captured territory will enable the Iraqi forces to wrest control of half of Mosul from the IS.

Mosul, which was captured by the IS in 2014, is the last major stronghold of the jihadists in Iraq.

On Friday, Iraqi forces made rapid advances in their nearly 3-month US-backed offensive to recapture Mosul.

The progress made by the troops had slowed in late November and December after they entered the city and encountered urban warfare by the IS which fought from densely-populated residential areas.

Capture of the eastern bank of the river will allow the military to begin attacks on western Mosul, which Islamic State still fully holds.

Parallel advances in the southeast of the city on Saturday, led by elite rapid response units, put Iraq's federal police in control of large areas along the river bank, a spokesman said.

"The Yarimja area ... has been liberated, a large number of Daesh (Islamic State) elements were killed, and the rest fled to the right-hand side (western bank)," Lieutenant Colonel Abdel Amir al-Mohammedawi told Reuters.

Forces had stopped suicide car bomb attacks by firing at them during their advance, and the federal police also captured a field hospital the militants had been using, he said.

The federal police in the area also captured a highway linking Mosul to the city of Kirkuk, to the southeast, the military said in a separate statement.

30 killed in air raid on IS militant in Mosul

An air raid targeting a senior Islamic State militant on Thursday killed up to 30 people in a western Mosul district, residents said. It was not immediately clear if the strike was carried out by Iraqi forces or the US-led coalition.

Iraq Body Count (IBC), a group run by academics and peace activists that has been counting violent deaths in the country since 2003, said 21 to 25 civilians had died that day in a strike on that area.

Reuters could not independently verify the reports.