Iran vows response to attack on tanker off Saudi coast 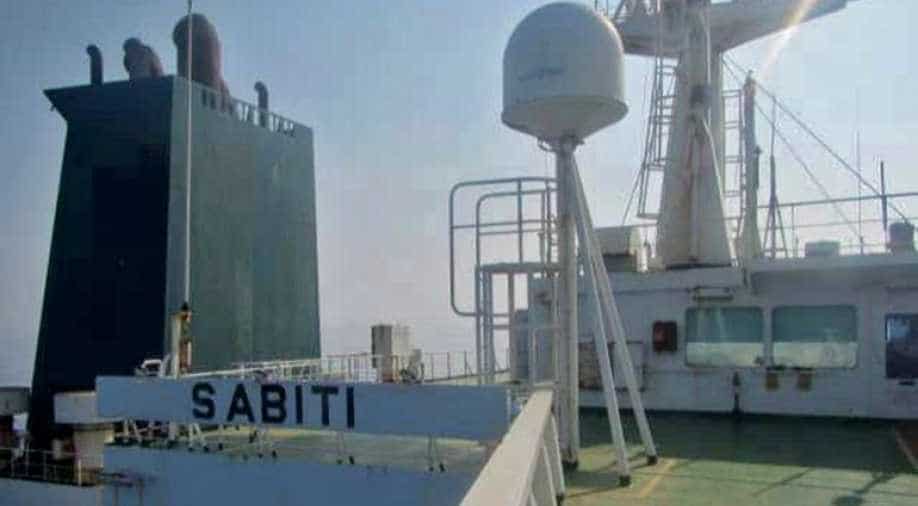 An Iranian oil tanker of Sabiti was hit by suspected missile strikes near the Saudi port Photograph:( AFP )

"Maritime piracy and wickedness in international waterways... will not be left unanswered," said Ali Shamkhani the Secretary of the Supreme National Security Council.

Iran vowed on Saturday not to let an attack on one of its oil tankers off the coast of Saudi Arabia to go unanswered, the semi-official ISNA news agency reported.

Ali Shamkhani, secretary of the Supreme National Security Council, said clues had been uncovered as to who was behind what he called a "missile attack" on the Sabiti tanker.

"Maritime piracy and wickedness in international waterways... will not be left unanswered," he said, quoted by ISNA.

"By reviewing the available video and gathered intelligence evidence, the primary clues to the dangerous adventure of attacking the Iranian oil tanker in the Red Sea have been uncovered," he added.

Shamkhani warned of "disturbing risks" for the global economy as a result of insecurity in international waterways.

The National Iranian Tanker Company, which owns the Sabiti, said its hull was hit by two separate explosions on Friday off the Saudi port of Jeddah,

But the state-owned company denied reports the attack had originated from Saudi soil.

The attack caused oil to spill from the tanker into the Red Sea, the NITC said, before it was eventually controlled and the vessel began slowly moving back towards Gulf waters.

According to the latest data from shipping monitors Marine Traffic, the Sabiti was still in the Red Sea about 400 kilometres (250 miles) south of Jeddah.

The incident comes after a spate of still unexplained attacks on shipping in and around the vital seaway to the Gulf involving Iran and Western powers, as well as drone attacks on Saudi oil installations.

Washington accused Tehran of attacking the vessels with mines and to be behind the drone assault, something it strongly denied.