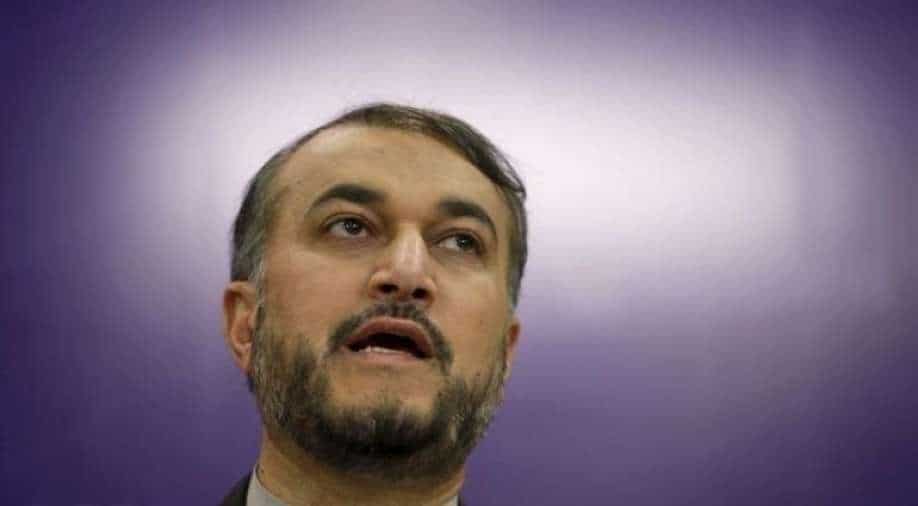 The problem is that we hear this will and intention from the Americans in their messages, but we do not see it in their behaviour, said Iranian Foreign Minister Amir Abdollahian

"Mr. Biden postures as anti-Trump, but when he wants to talk about Iran, he is still carrying the same sanctions record with him, and so far he has not taken any practical steps to lift the sanctions," Xinhua news agency quoted Amir Abdollahian as saying in an interview.

Also Read | Nuclear-powered submarines for Australia? Maybe not so fast.

On Saturday evening, Biden, along with the leaders of Germany, France and the UK, issued a joint statement after a meeting at the sidelines of the G20 Summit in Rome, pointing to the American President's "clearly demonstrated commitment to return the US. to full compliance" with the nuclear agreement, formally known as Joint Comprehensive Plan of Action (JCPOA).

The statement also affirmed Biden's commitment "to stay in full compliance, so long as Iran does the same", and called upon Iranian President Ebrahim Raisi to "seize this opportunity and return to a good faith effort to conclude our negotiations as a matter of urgency".

"The problem is that we hear this will and intention from the Americans in their messages, but we do not see it in their behaviour," said Amir Abdollahian.

Biden, the Iranian Minister said, could immediately issue an executive order to take the US back to the point where his predecessor Donald Trump withdrew from the JCPOA in May 2018.

Amir Abdollahian also criticised Europeans for exerting pressure on Iran and demanding its return to the negotiating table while staying "inactive" and not pressuring the US to comply with its commitments under the deal.

In the interview, the Iranian top diplomatic chief reiterated ties with Iran's neighbours and Asian countries including China and Russia, as the priorities of the current Iranian government's foreign policy.

"We have explicitly stated that we will not tie the destiny of the people and the country to JCPOA or to any country in an absolute manner," the Minister noted.

Since the US abandoned the JCPOA, Iran`s Supreme Leader Ayatollah Ali Khamenei has consistently urged government officials not to tie the solution of Iran`s economic difficulties to Washington`s will to lift the sanctions as stipulated by the deal.

Since May 2019, Iran has gradually stopped performing restrictions on its nuclear program, arguing that its reactions are allowed in the JCPOA in case of the counterparts' non-compliance and it would return to full compliance when sanctions are lifted.

After Biden took office in late January, Iran and the JCPOA Joint Commission held six rounds of talks in Austria's capital Vienna to revive the agreement between April and June, but the process was interrupted by the Iranian presidential election in June and subsequent transition of government.