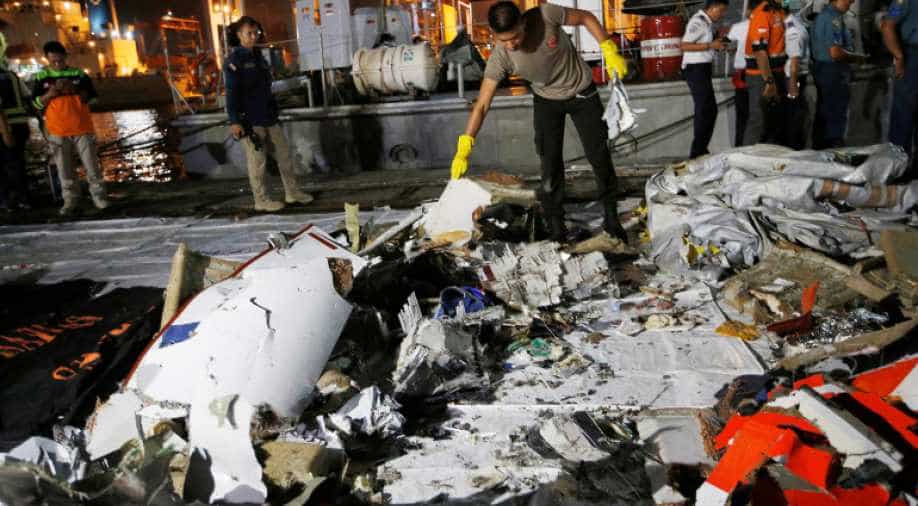 The report, which comes as the search continues in the Java Sea for the jet's cockpit voice recorder, is not expected to draw firm conclusions from the ongoing investigation into the Oct. 29 crash.

Indonesian investigators will deliver their first report into the Lion Air crash on Wednesday, a month after the brand-new Boeing 737 crashed into the sea, killing all 189 on board in the country's second-worst air disaster.

The report, which comes as the search continues in the Java Sea for the jet's cockpit voice recorder, is not expected to draw firm conclusions from the ongoing investigation into the Oct. 29 crash.

However, investigators have said they are focusing their attention on the Boeing 737's anti-stall system.

The doomed jet's systems had detected it was in a stall due to a faulty indicator and gave the captain a warning through a "stick shaker" that vibrated the controls, Nurcahyo Utomo, an investigator at Indonesia's transport safety committee (KNKT), told parliament last week.

The Maneuvering Characteristics Augmentation System (MCAS) - an automated modification new to the model that crashed - activated and directed the jet's nose down to prevent a stall, Utomo said.

The pilots counteracted that successfully for some time before the plane entered a final dive, he added.

The same anti-stall system had activated on the jet during a flight the previous evening, but the pilots, in that case, managed to shut off the system, Utomo said.

The crash was the first involving the latest model of Boeing's best-selling 737 series, the 737 MAX, which entered service a year ago.

MCAS was not described in the Lion Air flight manual before the crash, KNKT has said, nor in those used by American airlines according to US pilot unions.

However, the cockpit procedure for dealing with a runaway stabiliser remains unchanged from earlier 737 models.

Boeing Chief Executive Dennis Muilenburg said earlier this month that Boeing provides "all of the information that's needed to safely fly our aeroplanes" but the jet's manual and training methods have come under scrutiny after the crash.

In response to initial findings from the jet's flight data recorder, Boeing issued a bulletin to airlines reiterating procedures and advising them to add information on MCAS to flight manuals, which was followed by a U.S. Federal Aviation Administration directive making that mandatory.

A Boeing spokeswoman on Tuesday declined to comment on the investigation but said Boeing had discussed MCAS functions with more than 60 airline operators globally since 2016.

Most air accidents are caused by a cocktail of factors and investigations typically take around a year to complete.

Investigators are expected to restrict their report to factual details from the jet's flight data recorder, which contains 69 hours of information from its last 19 flights.

But they can include immediate recommendations if they have pressing safety concerns.

The search for the cockpit voice recorder is proving difficult after investigators said last week its "ping" signal was no longer being detected.

"We're still making efforts to find the CVR and it is very important. The CVR is related to the credibility of the country so that we can avoid the same incident," KNKT head Soearjanto Tjahjono told parliament.