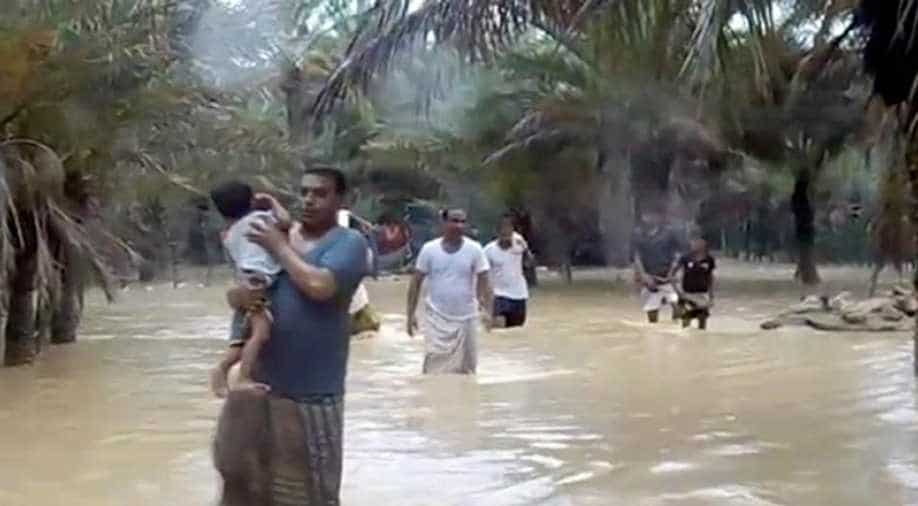 Five people including one Indian national were killed due to the Mekumu cyclone storm on the Yemen islan of Socotra on Friday before hitting Arabian Peninsula's southern coast.

The other four who were killed were Yemen nationals. At least 40 have also been reported missing among which three wre local sailor whose ship capsized off the coast.

Following the incident, Yemen declared a state of emergency for Socotra, which lies between southern Yemen and the Horn of Africa.

A major cyclonic storm termed as 'Mekunu' which hit Westcentral and adjoining Southwest Arabian Sea may now move northwards during the next 24 hours, reports said on Friday.

It is likely to move north-northwestwards and cross south Oman-southeast Yemen coasts close to Salalah, by May 26.

As per reports, a cyclone Mekunu in the Arabian Sea may make a landfall in the Arabian Peninsula later this week. A north to northwest track in the coming days will bring the risk for life-threatening impacts to Socotra, Oman and Yemen.

The storm is worsening and most parts of the island have lost communications, said the governor of the nearby province of Hadhramaut.

The same weather system hit the Horn of Africa on Wednesday, killing more than 50 people in Somaliland.

Yemeni government spokesman Badi called on international humanitarian organisations and the Riyadh-led military coalition participating in the war to provide urgent aid to the island, where Saudi and UAE forces have a presence.