'Incomplete and misleading': Suu Kyi at UN court while referring to accusations of Rohingya genocide 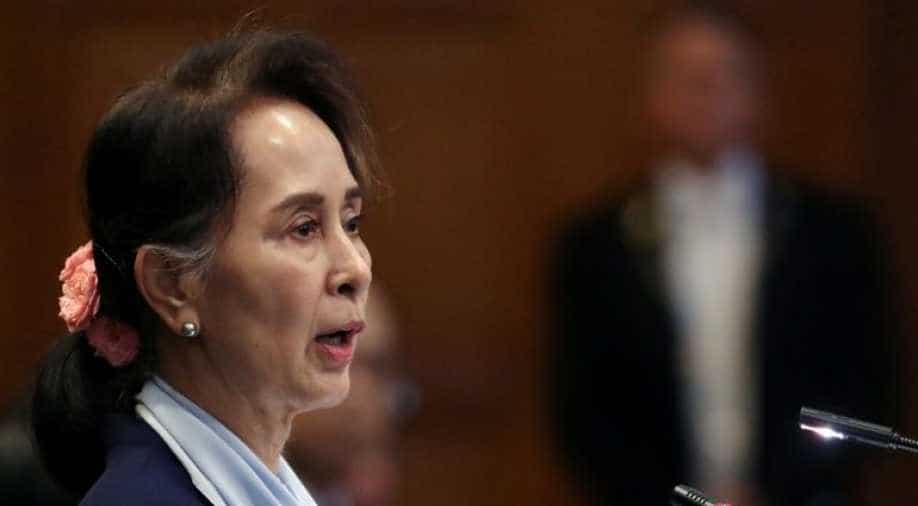 Suu Kyi travelled to The Hague to present her country's stance

Aung San Suu Kyi, the leader of Myanmar today at United Nations' World Court said that the genocide case brought against her country is ''incomplete and misleading''. She was defending her country, which has faced accusations of mass murdering the Rohingya Muslim minority in Myanmar.

The case against Myanmar was launched by the Gambia, a small West African country. It was taken up at the International Court of Justice, the United Nations' highest court. According to the Gambia, Myanmar violated the 1948 Genocide Convention.

Yesterday, Suu Kyi listened on as lawyers for Gambia detailed graphic testimony of suffering of Rohingya at the hands of the Myanmar military.

Suu Kyi travelled to The Hague to present her country's stance. According to her office, she was going to "defend the national interest".

The hearing will span for three days with the first phase being about ''provisional measures'' - a somewhat equivalent of a restraining order against Myanmar.

"It cannot be ruled out that disproportionate force was used by members of the defence services in some cases in disregard of international humanitarian law, or that they did not distinguish clearly enough between fighters and civilians," she said.

But she said that Myanmar was undertaking its own investigations, adding: "Surely under the circumstances, genocidal intent cannot be the only hypothesis."

Although Suu Kyi has not revealed details of her government's defence, she and her legal team are expected to argue that the court lacks jurisdiction and that no genocide has taken place in Myanmar.

The Gambia has argued it is every country's duty under the convention to prevent a genocide from taking place. The Gambia has political support from the 57-member Organisation of Islamic Cooperation, Canada and the Netherlands.

More than 730,000 Rohingya fled Myanmar after the military launched a crackdown in western Rakhine state in August 2017. Most now live in crowded refugee camps in Bangladesh.

Myanmar argues the military "clearance operations" in Rakhine were a justifiable response to acts of terrorism.