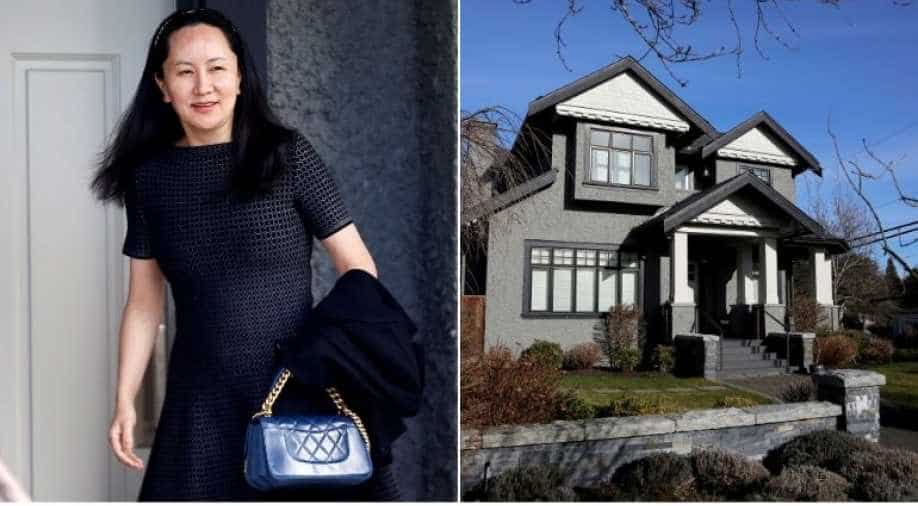 Meng, 47, has access to top lawyers, moves around relatively freely in Vancouver, albeit with restrictions, and her comments drew an immediate comparison between her life in house arrest.

Huawei Chief Financial Officer Meng Wanzhou described her house arrest in Vancouver as "restricted to a limited space" even as she spent her past six months in a six-bedroom, multi-million dollar Canadian home.

Meng, 47, has access to top lawyers, moves around relatively freely in Vancouver, albeit with restrictions, and her comments drew an immediate comparison between her life in house arrest versus the two Canadians detained in solitary confinement in China for a similar length of time.

Daughter of Huawei Technologies Co Ltd's billionaire founder, Ren Zhengfei, Meng was arrested at Vancouver's airport in December on a US warrant and is fighting extradition on charges that she conspired to defraud global banks about Huawei's relationship with a company operating in Iran.

Businessman Michael Spavor, who worked with North Korea, and former diplomat Michael Kovrig were picked up separately in December, shortly after Canada arrested Meng. Both were formally arrested earlier this month on state secret charges but it was unclear if they have been moved to another facility where they might get better treatment.

"The difference between the terms of detention of Madame Meng and the two Canadians is going to just jump off the page," said Paul Evans, a professor at the University of British Columbia who specializes in China and Canada relations.

He added that the contrast could anger Canadians who compare Meng's conditions with those of Kovrig and Spavor.

The two Canadians have no access to lawyers or bail, are questioned every morning, afternoon and evening, and are held in a room where the lights are not allowed to be turned off at night, according to Canadian diplomats. China has said only that the legal rights of the two men are being fully guaranteed.

Meanwhile, Meng lived in her C$5.6 million ($4.2 million) home in Vancouver, which has six bedrooms and five bathrooms, after posting a C$10 million bail in December.

"Despite being physically restricted to a very limited space during my time in Vancouver, my inner self has never felt so colourful and vast," Meng wrote in the letter published last Monday on the Xinsheng Community, an internal forum for the 188,000 Huawei employees.

She praised employees for their concern and said there were employees "staying up all night just to follow my case in distant time zones."

Earlier this month, a judge in the British Columbia Supreme Court granted Meng's request to shift to a bigger, C$13.3 million house, in one of Canada's most exclusive neighbourhoods. Meng's lawyers said in the court filing that the house would be ready by May 11 after renovation work, but it was not immediately clear if Meng has already moved in.

"From a tony to a tonier neighbourhood," Evans said.

But in the case of the two Canadians, it was not even clear where they have been held. The diplomats who have met them were taken to a police station and allowed to meet them there, rather than being taken to the actual location of their detention.

The house features "controlled access for pedestrians and vehicles" and has a clear distinction between public space and private space, which Filer cites as the reasons for moving Meng to the new house, which is close to the Chinese embassy.

China's courts are tightly controlled by the Communist Party and serve its political aims. Under Chinese laws, suspects of crimes such as Kovrig and Spavor are accused of can be held basically incommunicado without charges for six months and it can be more than a year after charges are brought that the case goes to court.