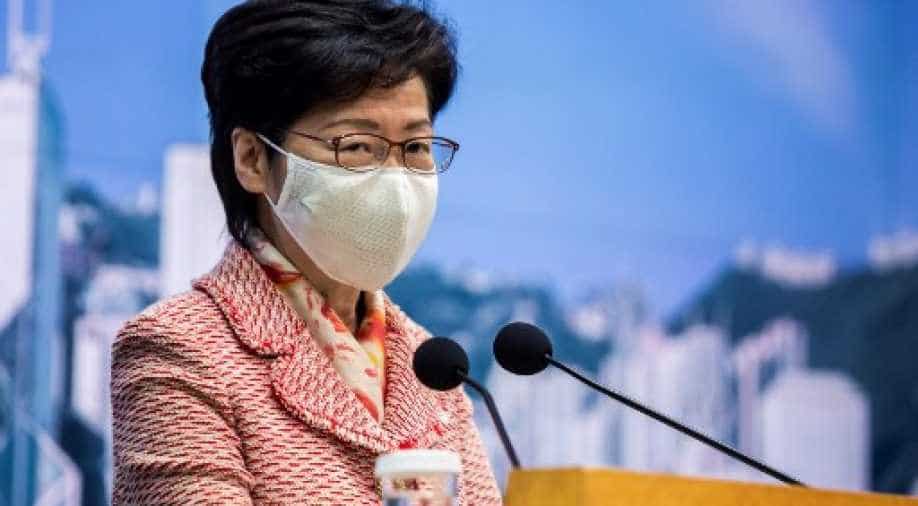 Hong Kong leader Carrie Lam may warned that Hong Kong government may cut ties with one of the city's key legal profession associations if it gets involved in politics. This is being seen as her latest warning to civil society groups.

Her comments have come in the run up to August 24 elections for five seats on the council of Hong Kong's Law Society. It is a professional association and regulator for Hong Kong's 12 thousand solicitors.

In April, Lam had said that the government could intervene if necessary in the Bar Association for barristers, whose chairman Paul Harris has been labelled an "anti-China" politician by top Beijing officials after he criticised jail terms handed to some pro-democracy politicians.

Although the Law Society is seen as more conservative than the Bar Association, debates in its recent elections have focused on a more liberal agenda. This year, four of the candidates are considered outspoken, raising fears among some government officials of a political agenda.

"If the Law Society’s professionalism is trumped by politics, the government will consider cutting ties with it," Lam told reporters at her regular weekly news conference.

"We are in constant communication with relevant governmental departments, expressing opinion to improve the practice environment and regularly responds, from the legal perspective, to consultations on different issues," Law Society President Melissa Pang said.

The Bar Association did not immediately respond to Reuter's request for comment. It has said it is not a political organisation.