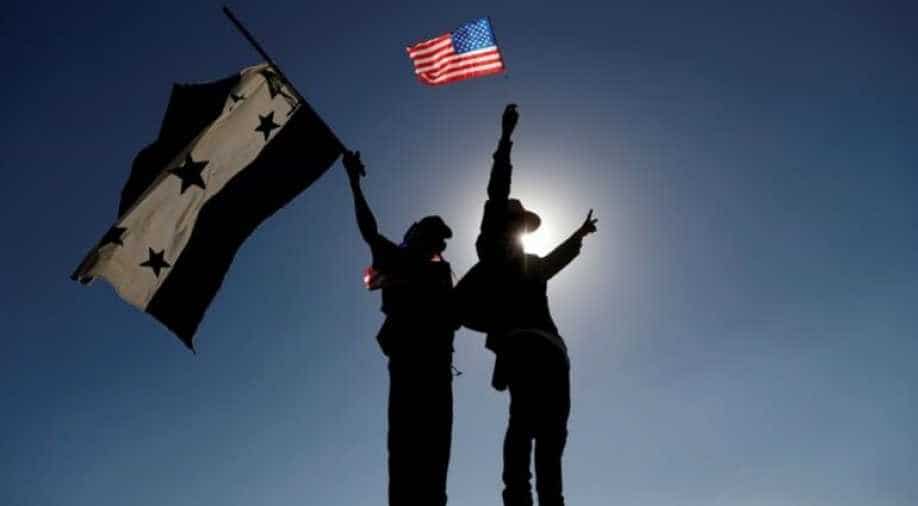 Flags of Honduras and the United States . Photograph:(Reuters)
Follow Us

More than 2,000 Hondurans took part in the original caravan which headed north through Guatemala and then Mexico.

Close to 1,000 people have gathered in Honduras' second city forming a migrant caravan that will soon head for the United States, a human rights activist told AFP.

Thousands of Central American migrants have been braving the risk of extortion, kidnap and even murder as they flee poverty and gang violence in their homelands in a bid to reach the American dream, much to the annoyance of US President Donald Trump.

"Right now we're close to 1,000 people but there are buses arriving from different parts of the country," Bartolo Fuentes, a journalist, human rights defender and former lawmaker told AFP on Tuesday night.

The government accused him of organizing the first such caravan in October 2018, a charge he denies.

Under a light drizzle, men women and children congregated in parks and the central metro station in the city of San Pedro Sula, around 180 kilometers (110 miles) north of the capital Tegucigalpa.

Would be migrants, "mostly from rural areas," according to Fuentes, were alerted to the caravan through social media, which was then picked up by television channels.

"Here there's no work for anyone. I was studying ... but for nothing because there are many graduates with the diploma under their arm but without finding work," Yoly Sabillon, 28, told AFP.

Before joining the caravan she left her three children aged three, seven and 13 with her mother.

More than 2,000 Hondurans took part in the original caravan which headed north through Guatemala and then Mexico.

At least three more caravans formed during the first few months of 2019, leading Trump to threaten punitive measures against Central American governments if they did not stem the tide.

Trump sent 6,00 troops to the southern border with Mexico and warned of an "invasion" of "gang members" and "criminals."

Around 30,000 Hondurans migrants remain in Mexico waiting for a response to their US asylum requests.