Hillary Clinton's childhood, and how it shaped her politics 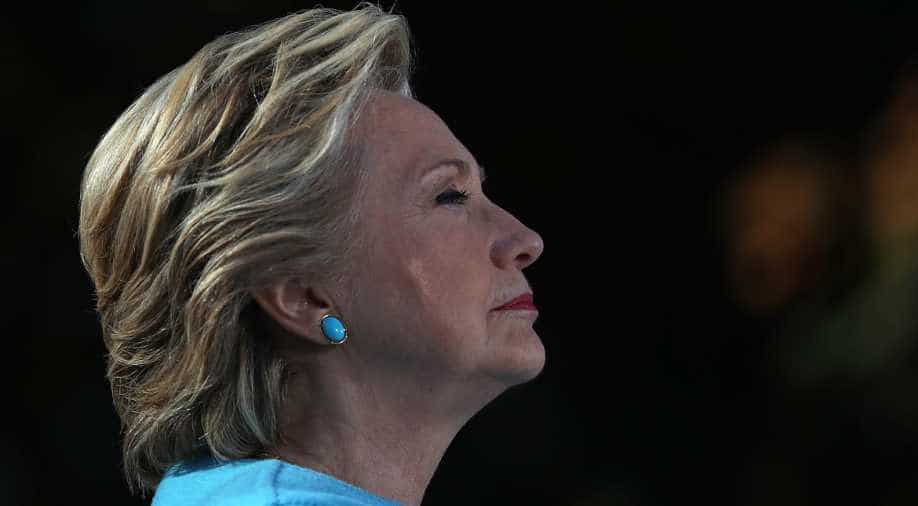 Clinton's critics often criticise her consistency on issues, saying she is a chameleon who changes her beliefs based on the prevailing political winds.? Photograph:( Getty )

The two-story brick house where Hillary Clinton grew up still stands at a street corner in the Chicago suburb of Park Ridge.

Nearby, a sign reads "Rodham Corner", an acknowledgment of the place in history occupied by this small hamlet near the city's O'Hare airport.

It is a place that impacted and shaped a young Hillary Rodham, before she went off to college, married Bill Clinton, and became the Democratic Party's presidential nominee in 2016.

"My childhood in the 1950s and the politics of the 1960s awakened my sense of obligation to my country and my commitment to service," Clinton wrote in her 2003 memoir "Living History."

During that period after World War II, Park Ridge,a suburb that was all-white, Republican and conservative,was the center of Clinton's world.

"My parents felt comfortable in Park Ridge among all the other veterans who chose it for its excellent public schools, parks, tree-lined streets, wide sidewalks and comfortable family homes," Clinton wrote.

As a child, she was exposed to both traditional Republican beliefs and competing viewpoints from the outside,especially from the civil rights movement.

"My favorite memory is walking home from school with Hillary, and the many opportunities we had to talk," said Ernest Ricketts, who attended kindergarten through high school with the former secretary of state.

Clinton's critics often criticise her consistency on issues, saying she is a chameleon who changes her beliefs based on the prevailing political winds.

But her childhood in Park Ridge offers a clue into Clinton's worldview, which evolved through discussions and debates with those on both sides of the ideological spectrum.

Clinton's father Hugh Rodham was a staunch Republican. The owner of a drapery business and the product of a working-class family, he believed in small government, individual responsibility and working hard for what you get.

Clinton's mother Dorothy Rodham was a Democrat. Abandoned by her parents as a child and forced to start working at the age of 14, Dorothy instilled in Clinton empathy for people caught up in circumstances outside their control.

At the dinner table, Clinton's parents debated the issues, with young Hillary often politically in the middle.

"I grew up between the push and tug of my parents' values, and my own political beliefs reflect both," Clinton wrote in her memoir.

She admired her father's sense of "rugged individualism," she told The Washington Post in 2007, during her first run for president, a primary battle she lost to Barack Obama.

"But it didn't explain enough for me about the world, or the world as I would want it to be," she said.

Clinton's mother was a voracious consumer of books, and encouraged the same intellectual curiosity in her daughter.

"Hillary's mom was a huge influence," said Clinton's childhood friend Judy Osgood. "Her mom was just always there and interested in what we were doing."

Clinton's parents encouraged their daughter to think beyond the narrow path young women of their time were expected to pursue.

She was pushed to follow her intellectual interests, as well as play sports, an endeavor dominated by boys.

Her mother's difficult past inspired Clinton's work as a politician.

"Learning about my mother's childhood sparked my strong conviction that every child deserves a chance to live up to her God-given potential," Clinton said in her memoir.

Another big influence was her childhood minister Don Jones, who exposed Clinton to the social issues of the day — taking her and her church youth group in 1962 to hear civil rights leader Martin Luther King Jr. speak in Chicago.

"He gave us a worldview that we didn't have before," Ricketts said of Jones' efforts to expose Park Ridge's middle class children to the larger world.

Clinton maintained ties with Jones until his death in 2009, and considered him a major influence. She also still maintains contact with several of her childhood friends in Park Ridge.

"She's very much the same person, especially with all of her high school friends," said Mike Andrews, who attended Maine South High School with Clinton.

But the impact of decades in the public eye, and the various controversies swirling around her including the revived FBI interest in her use of a private email server while at the State Department, have taken a toll on her image, even in the city where she grew up.

Earlier this year, in her first visit to Park Ridge in more than a decade, Clinton drew hundreds of supporters, but also some protesters.

"Traditionally, this has been a Republican town, and there are people here who are diehard Republicans," longtime resident Teresa Nuccio told the Chicago Tribune at the time.

"Being from Park Ridge doesn't necessarily mean everyone will support you."