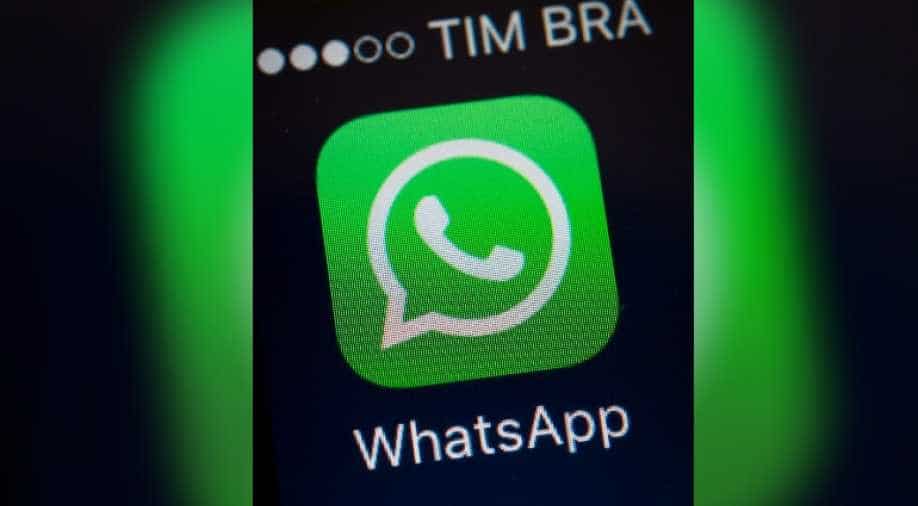 A security flaw in WhatsApp, one of the most popular messaging apps in the world, allowed sophisticated attackers to install spyware on phones, the company said Tuesday, in the latest trouble for its parent Facebook.

The vulnerability -- first reported by the Financial Times, and fixed in the latest WhatsApp update -- allowed hackers to insert malicious software on phones by calling the target using the app, which is used by 1.5 billion people around the world.

The FT cited a spyware dealer as saying the tool was developed by a shadowy Israel-based firm called the NSO Group, which has been accused of helping governments from the Middle East to Mexico snoop on activists and journalists. Security researchers said the malicious code bore similarities to other tech developed by the firm, according to The New York Times.

The latest exploit -- which impacts Android devices and Apple's iPhones, among others -- was discovered earlier this month and WhatsApp scrambled to fix it, rolling out an update in less than 10 days.

"WhatsApp encourages people to upgrade to the latest version of our app, as well as keep their mobile operating system up to date, to protect against potential targeted exploits designed to compromise information stored on mobile devices," a spokesperson said in a statement to AFP.

The firm did not comment on the number of users affected or who targeted them and said it had reported the matter to US authorities.

The breach is the latest in a series of issues troubling WhatsApp's parent Facebook, which has faced intense criticism for allowing its users' data to be harvested by research companies and over its slow response to Russia using the platform as a means to spread disinformation during the 2016 US election campaign.

The WhatsApp spyware is sophisticated and "would be available to only advanced and highly motivated actors", the company said, adding that a "select number of users were targeted".

"This attack has all the hallmarks of a private company that works with a number of governments around the world" according to initial investigations, it added but did not name the firm.

WhatsApp has briefed human rights organizations on the matter but did not identify them.

The Citizen Lab, a research group at the University of Toronto, said in a tweet it believed an attacker tried to target a human rights lawyer as recently as Sunday using this flaw but was blocked by WhatsApp.

The NSO Group came to prominence in 2016 when researchers accused it of helping spy on an activist in the United Arab Emirates. Its best-known product is Pegasus, a highly invasive tool that can reportedly switch on a target's phone camera and microphone, and access data on it.

The firm said Tuesday that it only licenses its software to governments for "fighting crime and terror".

The NSO Group "does not operate the system, and after a rigorous licensing and vetting process, intelligence and law enforcement determine how to use the technology to support their public safety missions", it said in a statement to AFP.

"We investigate any credible allegations of misuse and if necessary, we take action, including shutting down the system."