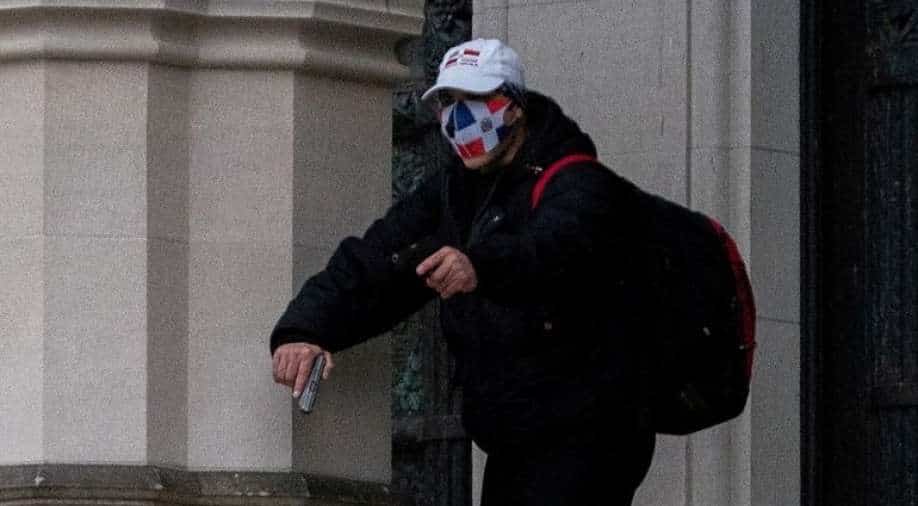 A man wearing a protective mask points his guns outside the Cathedral Church of St. John the Divine in the Manhattan borough of New York City, New York, U.S., December 13, 2020 Photograph:( Reuters )

A gunman in New York City who opened fire from the stairs of Cathedral Church of St John the Divine was shot dead by police on Sunday.

Reuters reported that the gunman was shouting “Kill me!” Before being accosted by the police, where he showed up right after an outdoor choir performance.

No injuries were reported as officers who were present on the scene immediately dealt with the suspect.

The yet-to-be identified subject was hit by a bullet in the head once during the exchange of gunfire, after which he was taken to a local hospital, where he succumbed to the wounds.

According to New York City Police Commissioner Dermot Shea, the suspect was shot at by the police at least 15 times.

Soon after the encounter, the police found two semiautomatic handguns from the scene. Shea claimed that they also found a bag which contained a can of petrol, a rope and wire, several knives, a copy of the Bible, and tape.

"I think we can all surmise the ill intentions of the proceeds of this bag," he added. The man had started firing just 15 minutes after an outdoor choir performance attended by around 200 people had concluded.

To keep in line with COVID-19 safety requirements, the choir’s annual Christmas holiday concert was moved outdoors. By the time the shooting had begun, the audience had either left the spot, or had moved inside the church.

When the gunman started screaming “Kill me” and “shoot me”, around 15 people were present on the scene, who scrambled to safety soon after he started firing.

According to Reuters, police officers had urged the suspect to drop his weapons several times before shooting him. The choir members were safely inside the church by the time the shooting had begun.

"Thankfully, this year with COVID, there was a much smaller event than normal… It is by the grace of God today that we don’t have anyone struck”, She added.