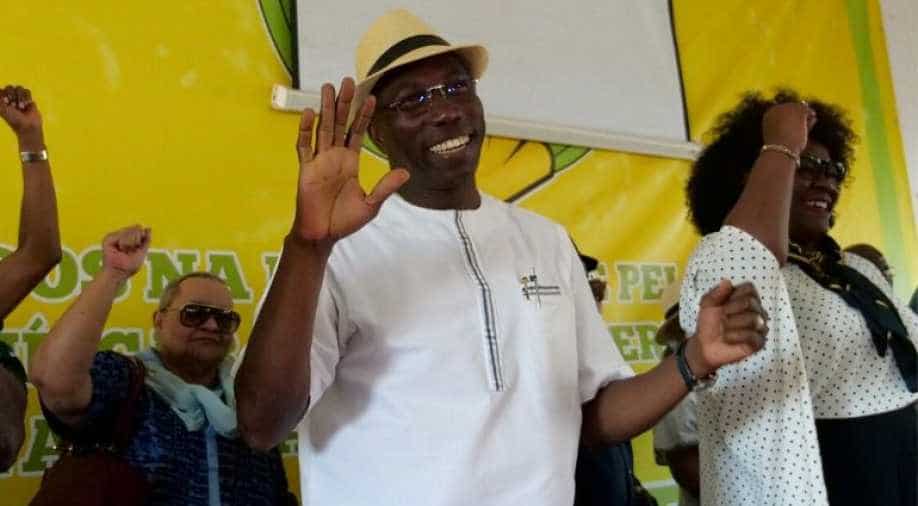 Incumbent President Jose Mario Vaz failed to make it to the second round after a five-year term marred by regular high-level sackings.

Voters in Guinea-Bissau began casting ballots on Sunday in a run-off presidential election pitting two former prime ministers who both promise to bring stability to the turbulent West African nation.

Incumbent President Jose Mario Vaz failed to make it to the second round after a five-year term marred by regular high-level sackings, a barely functioning parliament and weeks of turmoil in the run-up to the first-round ballot.

Both candidates in Sunday's showdown have said that if elected they will work to overcome a long-running political impasse and modernise the country of 1.6 million people, which has suffered nine coups or attempted coups since independence from Portugal in 1974.

The ruling PAIGC party's Domingos Simoes Pereira, 56, is seen as the front-runner after winning the first round on November 24 with 40 per cent.

His opponent, Umaro Cissoko Embalo, 47, came second with 28 per cent despite being a relative political newcomer, and political analysts say the run-off race could be close.

"Pereira has a slight advantage over his rival," said analyst Fode Mane, who is also rector of Amilcar Cabral University in the capital, Bissau.

Embalo's candidacy has won support from the main contenders who failed to reach the run-off, including Vaz, although Mane said that would not necessarily guarantee him more votes.

After the first round, Embalo questioned the result, saying the final tally between him and Pereira was much closer than official figures had shown.

Polling stations opened at 0700 GMT and were due to close at 1700 GMT. The electoral commission is expected to announce the provisional result on Wednesday, January 1.

Guinea-Bissau's next president will inherit major challenges including widespread poverty and an unstable political system in which the majority party appoints the government but the president has the power to dismiss it.

There have been seven prime ministers since Vaz took over in 2014 and the political instability has hurt the economy, which depends heavily on volatile prices for cashew nuts, the main income source for over two-thirds of households.

Although his tenure was turbulent, Vaz is the first Guinea-Bissau president to have completed a full term.

Voters expressed hope that the post-election process would go smoothly so the winner could focus on bringing long-sought change.

"I voted to restore peace and tranquility in Guinea-Bissau, and to contribute to electing a president who is going to unite the whole country," said Caminho Injai, 65, a cleaning lady, after casting her ballot.