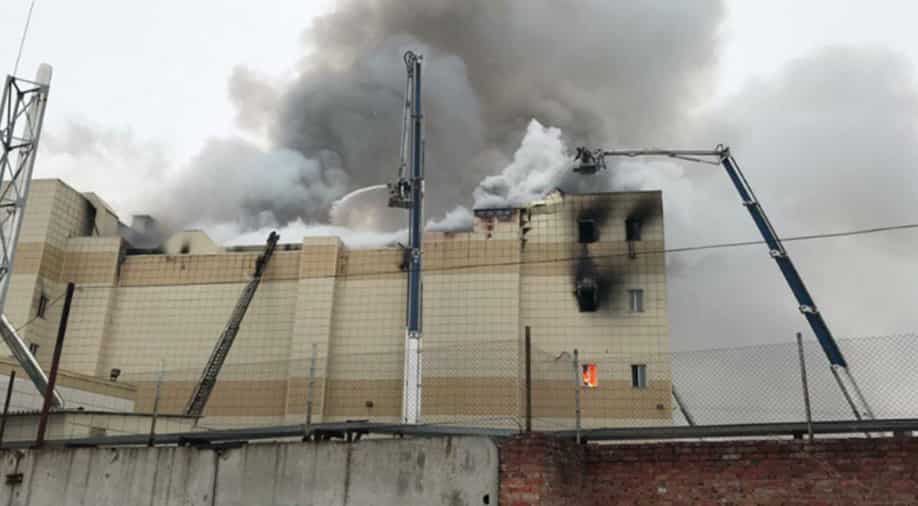 The governor of Russia`s Kemerovo region resigned on Sunday over a mall fire that killed more than 60 after a litany of violations in safety procedures left shoppers and children trapped inside the building.

"I submitted my resignation letter to the Russian president," he said in a three-minute video address released by his office.

Tuleyev, who had been at the helm of the key coal-mining region since 1997, said he could no longer remain at his post with "such a heavy burden" and added that his resignation was "the only right choice".

"With such a heavy burden, it`s impossible to work as the governor," said Tuleyev, who governed the region for more than two decades. "It`s morally impossible."

On Sunday he appointed Sergei Tsivilyov, one of the region`s deputy governors, to replace Tuleyev as acting governor.
Tsivilyov, 56, has served as the director of Kolmar, a coal mining and processing company, for the past four years.

"I want to tell you, residents of Kemerovo and all the region, that I will do everything for those guilty in this terrible tragedy to receive the harshest punishment," Tsivilyov said in a video address posted on the regional administration`s website.

Last Sunday`s fire, one of the deadliest in Russia since the break-up of the Soviet Union, swept through a cinema complex and children`s play area on the upper floors of the Winter Cherry shopping centre in the regional capital.

At least 64 people -- including 41 children -- died in the huge fire in the industrial city of Kemerovo in western Siberia.

Many people who lost relatives have said they died because of the inaction of firefighters and police lacking the necessary equipment and skills.

Tuleyev himself came under heavy criticism for failing to visit the scene of the tragedy in the first few days or meet with angry relatives.