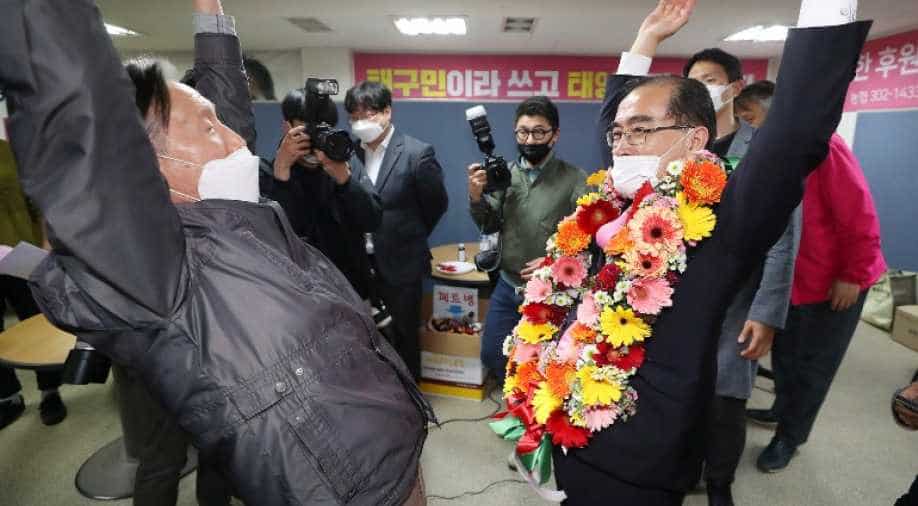 Thae Yong Ho, who fled from a London embassy four year ago and defected to South, was Pyongyang's deputy ambassador to the United Kingdom

A former North Korean diplomat has won a parliamentary seat in one of the poshest districts of South Korea.

Thae Yong Ho, who fled from a London embassy four year ago and defected to South, was Pyongyang's deputy ambassador to the United Kingdom where he used to manage secret funds of Kim Jong Un.

Thae was contesting from Opposition conservative party from Seoul's Gangman district and defeated a four-time ruling lawmaker with a margin of more than 20 per cent.

"I was dearly afraid if the Gangnam residents would take a guy from the North," he said during his acceptance speech uploaded on his YouTube channel, as his supporters gathered in his campaign office and chanting his name.

"But so many people here gave me strength - they held my hand, welcomed me to Gangnam and promised to vote for me," Thae added.

With this win, Thae became the first North Korean refugee to get elected to serve in representing a constituency. Cho Myung-chul, a former professor in North Korea, earlier worked as a lawmaker from 2012-16 after getting a party endorsement, but without a constituency.

In this elections, the North Korean defectors targetted President Moon Jae-in for his policies against Pyongyang as they complain of ignoring human rights, muzzling anti-Pyongyang protests to reconcile with Kim Jong Un.

The state-run media in North Korea called Thae a "human scum" and criminal after his defection and accused him of embezzling state funds and sexually assaulting a minor.

Thae flatly denied the accusations and vowed to continue carrying out political activities in South Korea.

"I had risked my life to come to the Republic of Korea seeking free democracy and values in market economy," Thae said.

"I will solve regional issues with the market principles ... while pushing for North Korea policy that better reflects the reality there and matches the pride of the South Korean citizens."