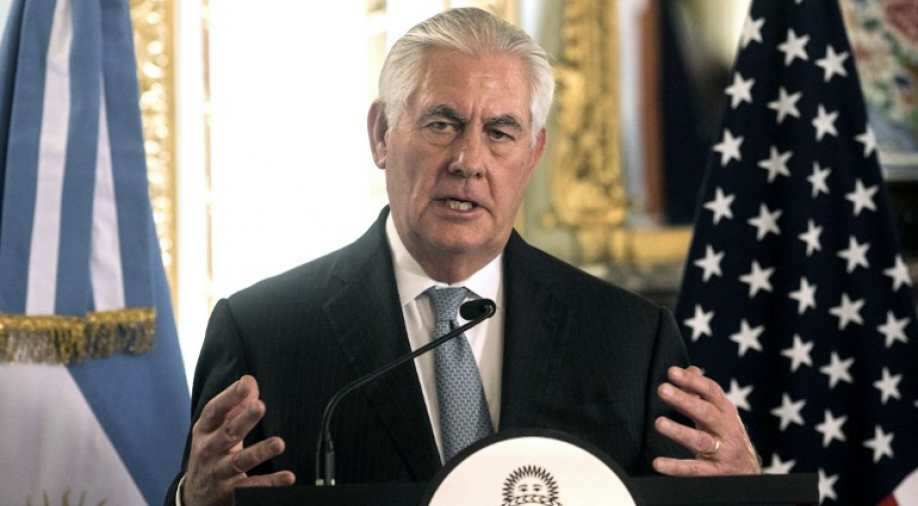 Secretary of State Rex Tillerson is in Argentina during a tour of Latin America to bolster a common front against Venezuela's bid to hold a presidential election that opponents deem illegitimate. Photograph:( AFP )

US Secretary of State, Rex Tillerson, backed United Kingdom's assessment that suggests Russia's involvement in alleged nerve attack in the UK. Tillerson lashed out at Russia  calling it “an irresponsible force of instability in the world.”

Tillerson said the United States had "full confidence" in Britain's assessment that Russia was likely responsible.

"We agree that those responsible - both those who committed the crime and those who ordered it - must face appropriately serious consequences," he noted in a statement.

Tillerson also expressed solidarity with the UK over the matter.

British Prime Minister Theresa May condemned the incident and stated the possibility of Russia's involvement in the attack.

May, on Monday, said it was "highly likely" that Moscow was responsible for the poisoning in England of Russian former double agent Sergei Skripal and his daughter using a military-grade nerve agent.

"Should there be no credible response, we will conclude that this action amounts to an unlawful use of force by the Russian state against the United Kingdom," she said, calling the attack a "reckless and despicable act".

The Russian government has denied the allegations.