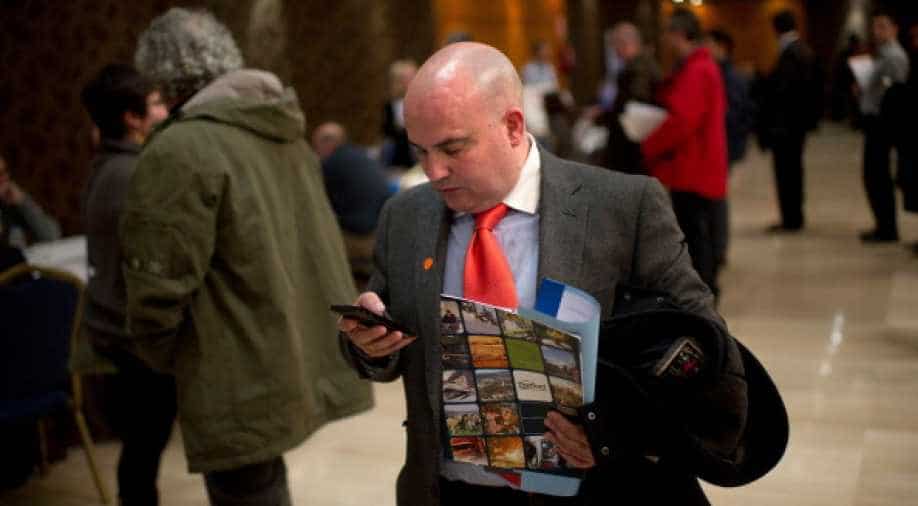 The new employment law will be implemented from January 1. Photograph:( Getty )

French companies will be required to guarantee a "right to disconnect" to their employees from Sunday as the country seeks to tackle the modern-day scourge of compulsive out-of-hours email checking.

From January 1, a new employment law will enter into force that obliges organisations with more than 50 workers to start negotiations to define the rights of employees to ignore their smartphones.

Overuse of digital devices has been blamed for everything from burnout to sleeplessness as well as relationship problems, with many employees uncertain of when they can switch off.

The French measure is intended to tackle the so-called "always-on" work culture that has led to a surge in usually unpaid overtime -- while also giving employees flexibility to work from outside the office.

"There's a real expectation that companies will seize on the 'right to disconnect' as a protective measure," said Xavier Zunigo, a French workplace expert, as a new survey on the subject was published in October.

"At the same time, workers don't want to lose the autonomy and flexibility that digital devices give them," added Zunigo, who is an academic and director of research group Aristat.

The measure was introduced by Labour Minister Myriam El Khomri, who commissioned a report submitted in September 2015 which warned about the health impact of "info-obesity" which afflicts many workplaces.

Under the new law, companies will be obliged to negotiate with employees to agree on their rights to switch off and ways they can reduce the intrusion of work into their private lives.

If a deal cannot be reached, the company must publish a charter that would make explicit the demands on and rights of employees out-of-hours.

Trade unions in France which see themselves as guardians of France's highly protected workplace and famously short working week of 35 hours have long demanded action.

But the new "right to disconnect", part of a much larger and controversial reform of French labour law, foresees no sanction for companies which fail to define it.

Left-leaning French newspaper Liberation praised the move in an editorial on Friday saying that the law was needed because "employees are often judged on their committment to their companies and their availability."

Some large groups such as Volkswagen and Daimler in Germany or nuclear power company Areva and insurer Axa in France have already taken steps to limit out-of-hours messaging to reduce burnout among workers.

Some measures include cutting email connections in the evening and weekends or even destroying emails automatically that are sent to employees while they are on holiday.

A study published by French research group Eleas in October showed that more than a third of French workers used their devices to do work out of hours every day.

Around 60 per cent of workers were in favour of regulating to clarify their rights.

But computing and work-life balance expert Anna Cox from University of College London (UCL) says that companies must take into account demands from employees for both protection and flexibility.

"For some people, they want to work for two hours every evening, but want to be able to switch off between 3-5 pm when they pick their kids up and are cooking dinner," she told AFP.

Others are happy to use their daily commute to get ahead before they arrive in the office, she explained.

Furthermore, the world of work is changing as rapidly as technology, with more and more employees working remotely or with colleagues in other time zones.

"Some of the challenges that come with flexibility are managing those boundaries between work and home and being able to say 'actually I am not working now'," she said.

One of the positive effects of the law will be to encourage "conversations with people working together about what their expectations are."