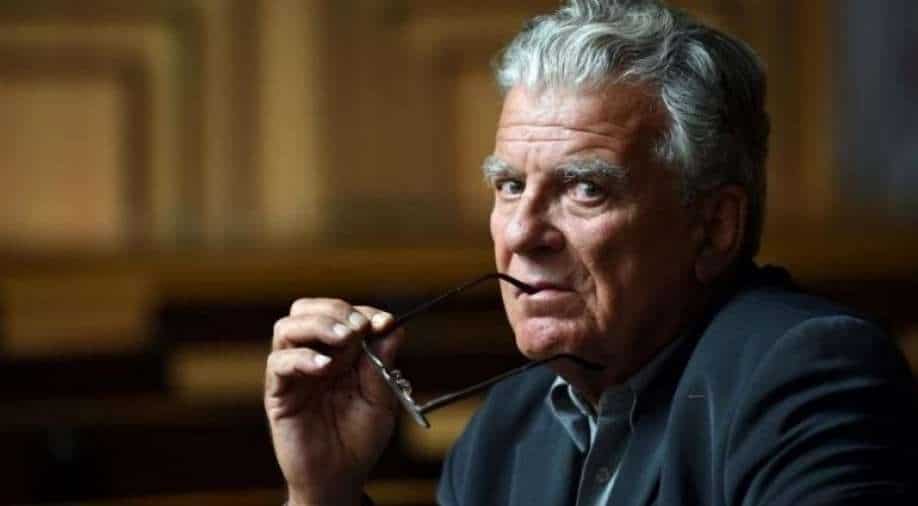 The prosecutors opened their investigation of the academic, Olivier Duhamel, on Jan. 5, following accusations by his stepdaughter, Camille Kouchner, that he sexually abused her twin brother more than 30 years ago

Prosecutors in France said Monday that they had dropped an investigation into accusations of rape of a minor and sexual aggression by a prominent political scientist because the statute of limitations had expired.

The prosecutors opened their investigation of the academic, Olivier Duhamel, on Jan. 5, following accusations by his stepdaughter, Camille Kouchner, that he sexually abused her twin brother more than 30 years ago. Such abuse would be considered incest under French law, even though the boy was Duhamel’s stepson.

In a book published in early January, “La Familia Grande,” Kouchner, an associate professor of law at Paris Descartes University, accused Duhamel of abusing her brother starting when he was 14.

The book rocked Paris’ elite circles of intellectuals, artists and politicians, whom Kouchner accused of having largely protected the well-connected Duhamel, who was the president of “Le Siècle,” an elite social club in the capital, and the head of the governing board overseeing the prestigious Sciences Po university. Duhamel has since resigned from all the positions he held.

Prosecutors declined to reveal details of the investigation. But they said in a statement Monday that had the statute of limitations not expired, “the facts revealed or alleged” in the investigation would have “led to prosecution.” Duhamel’s lawyer declined to comment.

Duhamel himself has sought to avoid speaking publicly about the allegations, telling the weekly magazine L’Obs in January: “I do not react, and I have nothing to say. Anything I might say would, in any event, be, I don’t know, distorted.”

Kouchner did not immediately respond to a request for comment. In an interview in January, she acknowledged that Duhamel was unlikely to face punishment but said that she wanted, through her book, to leave testimony that her children could read and that could pave the way for a better awareness of incest in French society.

Her book helped prompt a move by the French government to overhaul the country’s legislation on sex between adults and minors. Under the new law, which was enacted in April, a sexual relationship with a minor younger than 15 is characterized as rape and is punishable by 20 years in prison, unless the age gap between the consensual partners is small.

Until the law was revised, France prohibited sex between an adult and a minor younger than 15, but it was not automatically considered rape.

The scandal surrounding Duhamel also unleashed a deluge of personal stories on social media from people in France who said they were victims of incest and led to the resignation of the director of Sciences Po after it became clear he had taken no action against Duhamel despite knowing of the accusations against him.

It was also quickly followed by fresh allegations of sexual abuse against other powerful figures in politics, the arts and the media, providing momentum for a #MeToo movement in France that had struggled after many in the country dismissed it as a product of American puritanism and a distortion of feminism.

Kouchner in January said that “a real awareness” about sexual abuse was rising in French society, to an extent she had not expected.

“What is happening in the real world is very powerful,” she said.