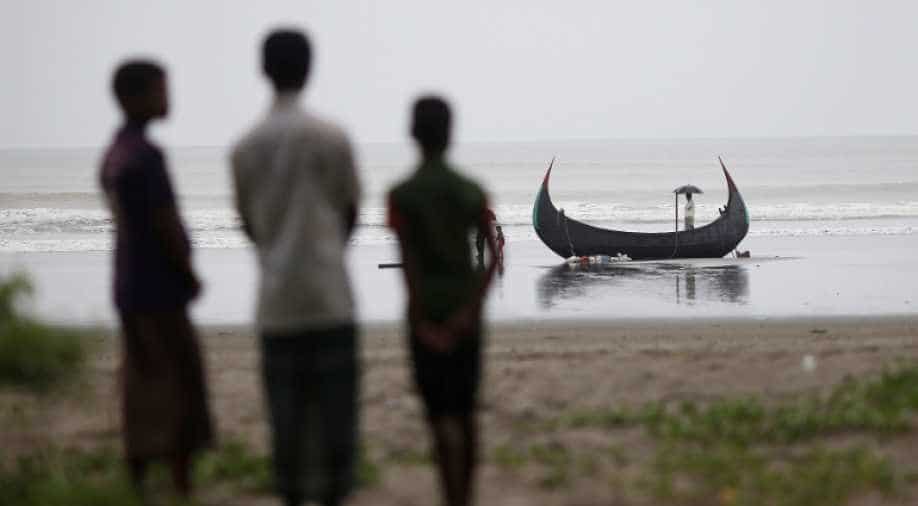 A man holds an umbrella as he stands on a boat, which capsized with a group of Rohingya refugees at Bailakhali near Cox?s Bazar, Bangladesh. Photograph:( Reuters )

People living in the coastal strip south of the Bangladesh port of Cox's Bazar fished 37 survivors out of the water and 11 have been admitted to hospital in a critical condition, Mohammad Abul Khair, the officer in charge at Ukhiya police station, said.

The boat had keeled over in choppy seas as rain fell. According to survivors, they had paid 50,000 kyats ($37) to be taken to Bangladesh. They had abandoned their homes in Buthidaung, in the strife-torn north of Myanmar's Rakhine State.

More than 600,000 Rohingya have fled to neighbouring Bangladesh since the military in predominantly Buddhist Myanmar launched a counter-insurgency operation after attacks on security posts by Rohingya militants in late August.

Many of the Rohingya refugees have made the precarious sea and river crossing to reach the safety of predominately Muslim Bangladesh, though dozens have drowned making the attempt.