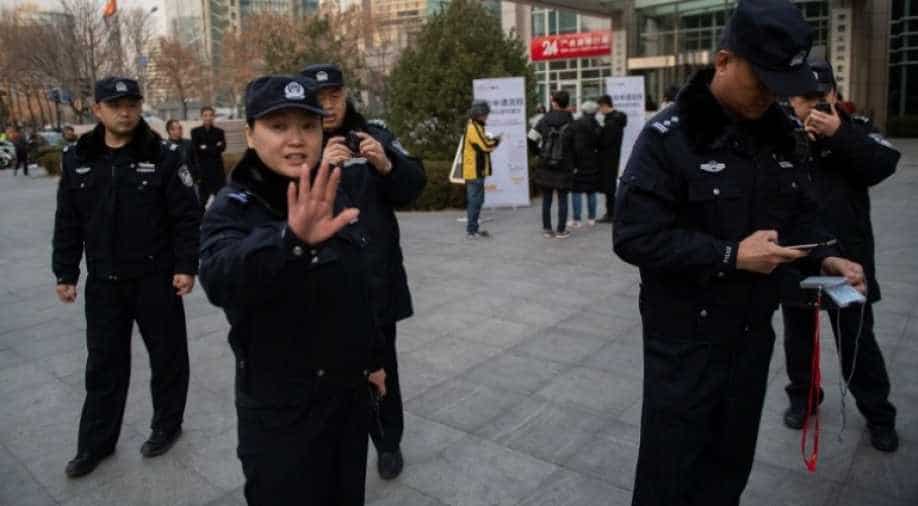 A survey of 109 journalists published Tuesday 'painted the darkest picture of reporting conditions inside China in recent memory', the Foreign Correspondents' Club of China said in a statement.

Detentions, visa delays, and suspected phone bugging are among the challenges faced by foreign journalists in China, who say working conditions are getting worse with many reporting being watched and harassed.

A survey of 109 journalists published Tuesday "painted the darkest picture of reporting conditions inside China in recent memory", the Foreign Correspondents' Club of China said in a statement.

Surveillance was a key concern with close to half of respondents saying they had been followed in 2018, while 91 per cent were concerned about the security of their phones, the FCCC's report said.

Fourteen people said they were physically blocked from accessing public areas in the far western region of Xinjiang.

Up to a million Uighurs and members of other mostly Muslim minority groups are held in extrajudicial detention in camps in the region, according to a group of experts cited by the United Nations.

China has accused foreign media of sensationalising the issue but 23 respondents who visited Xinjiang in 2018 said they were subject to some sort of interference — including being forced to delete pictures or data, having their interviews disrupted or even being detained.

"I was followed and tracked for nearly 1,600 kilometres, by at least nine cars and 20 people... had armed police approach my vehicle with shields raised and tell me to put my hands outside the car," said Nathan VanderKlippe of the Globe and Mail in the report, adding that he was detained multiple times in Xinjiang.

Chinese authorities say the country has a basic policy of "opening up to the outside world" including protecting the rights of foreign journalists, who may interview anyone who gives prior consent.

Many have been threatened with visa delays, according to the FCCC, which noted that BuzzFeed News bureau chief Megha Rajagopalan was effectively expelled after her visa was not renewed.

Six correspondents said they felt their visa renewal difficulties were related to their news coverage, with at least four journalists issued short three-month or six-month visas, including Sankei Shimbun bureau chief Kinya Fujimoto, instead of the standard one-year stay.

Local staff and sources have also been harassed and intimidated, with this at times extending to their family and friends.

"There is a risk that even foreign media will shy away from stories that are perceived as too troublesome, or costly, to tell in China," said FCCC president Hanna Sahlberg.

"These trends run contrary to the FCCC's hopes for real openness for foreign media to be able to cover China."