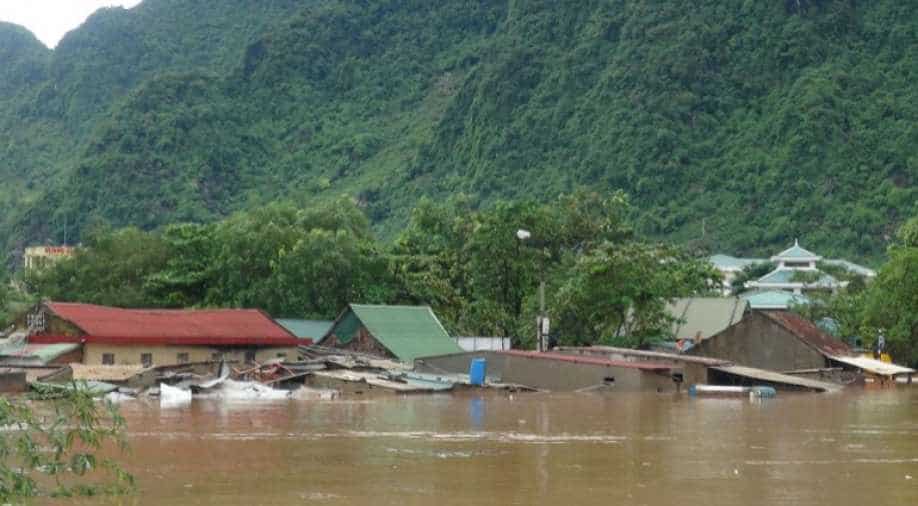 Six people have died in floods in Binh Dinh province since Thursday and another four were killed in Quang Ngai province. In photo: Submerged homes are seen in Bo Trach district on October 15, 2016. Photograph:( AFP )

At least 13 people have been killed due to floods brought by heavy rain since late November in central Vietnam.

The government and the state media said on Sunday that more rain is expected in the coming days.

Six people have died in Binh Dinh province since Thursday and another four were killed in Quang Ngai province. The government said that more than 10,000 houses in the two provinces have been submerged.

Since October, 65 people have been killed in floods, 200,000 homes submerged and damaged railway and roads. The loss of the destruction has been valued at more than 7 trillion dong ($309 million), the government said on Friday.