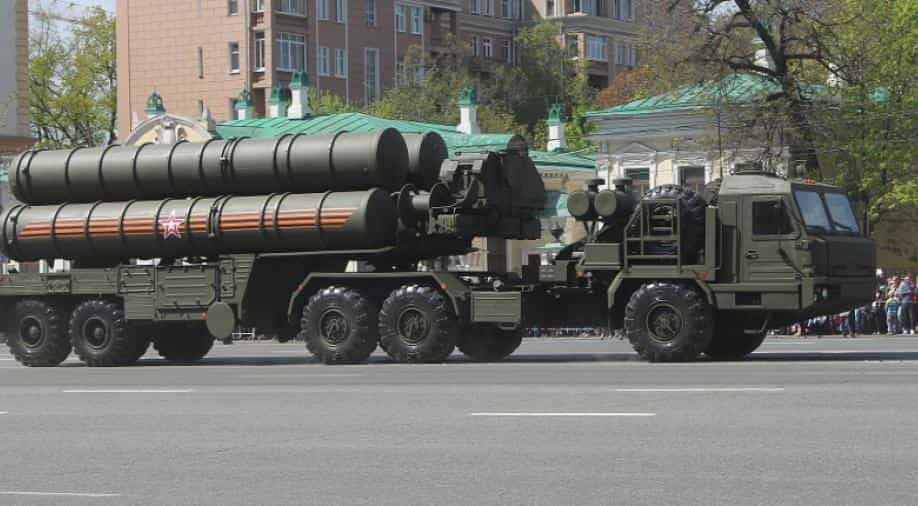 The White House said Trump 'expressed concern' over the S-400 deal and 'encouraged Turkey to work with the United States on defence cooperation in a way that strengthens the NATO alliance.'

Turkish President Tayyip Erdogan said the first delivery of the Russian S-400 missile defence system would take place within 10 days, broadcaster NTV reported on Sunday, a day after he said there would be no US sanctions over the deal.

Turkey and the United States, NATO allies, have been at odds over Ankara's decision to purchase the S-400s, with Washington warning of US sanctions if the delivery took place. Turkey has dismissed the warnings, saying it would not back down.

The United States says the S-400s will compromise its Lockheed Martin Corp F-35 fighter jets, of which Turkey is a producer and buyer. Washington has also formally started the process of expelling Turkey from the F-35 programme, halting the training of Turkish pilots in the United States.

But on Saturday, Erdogan said US President Donald Trump had told him there would be no sanctions over the Russian deal, after Trump said Turkey had been treated unfairly over the move.

The White House said Trump "expressed concern" over the S-400 deal and "encouraged Turkey to work with the United States on defence cooperation in a way that strengthens the NATO alliance."

Speaking to reporters after the G20 summit in Japan, where he held bilateral talks with Trump, Erdogan said he believed the dispute over the S-400s would be overcome "without a problem" and added that his US counterpart supported Turkey in the dispute.

"In our phone calls, when we come together bilaterally, Mr Trump has not said so far: 'We will impose these sanctions.' On the S-400s, he said to me: 'You are right.' We carried this issue to a very advanced level," Erdogan said, according to NTV.

"At this advanced level, Trump said: 'This is injustice'. This is very important. I believe that we will overcome this process without any problems," Erdogan added.

He said the two leaders had agreed to delegate officials to follow the issue. He also said Turkish and US foreign and defence ministers would "open the doors" to resolving the matter.

In an effort to sway Turkey, the United States has offered to supply it with Raytheon Co Patriot missiles.

Erdogan was quoted by NTV as saying: "One S-400 is worth three Patriots. If the conditions are even equal to the S-400 (deal), we would buy Patriots, but if they are not, then we have to think of our interests,"

Erdogan also said that he hoped the issue of Turkish lender Halkbank, which faces US Treasury sanctions over an Iran sanctions-busting case that has further strained ties between the allies, would be resolved soon, NTV said.