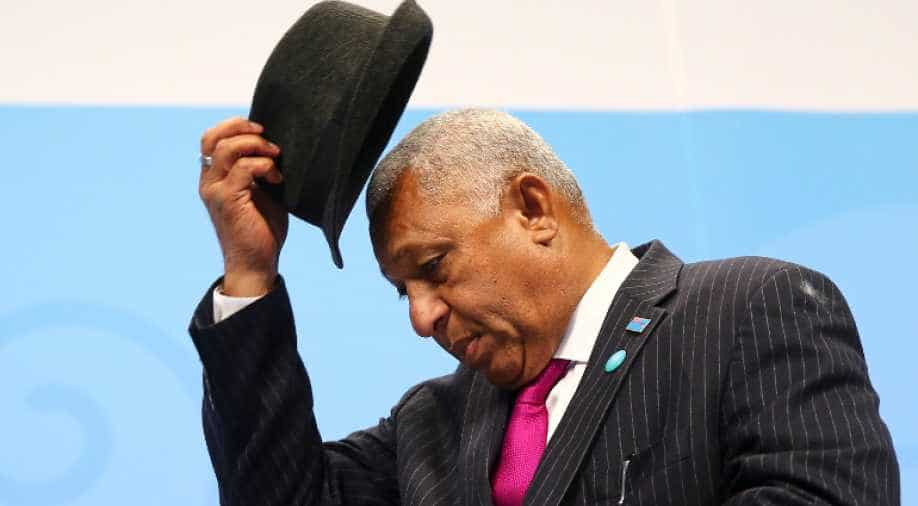 Fijian Prime Minister Frank Bainimarama will stay in power for a second term as he narrowly won a general election on Sunday after voting resumed following delays due to bad weather.

Fijian Prime Minister Frank Bainimarama will stay in power for a second term as he narrowly won a general election on Sunday after voting resumed following delays due to bad weather.

Bainimarama`s Fiji First party led with about 50 per cent of the votes, closely followed by nearly 40 per cent for opposition Social Democratic Liberal Party (SODELPA), according to the Fiji Elections Office (FEO).

Bainimarama, who has been the Prime Minister of Fiji since leading a bloodless coup in 2006, has won 27 of 51 seats, according to the electoral commission.

"I`m proud to become your prime minister once again," Bainimarama told FBC News from Auckland, New Zealand, where he had been attending his brother`s funeral.

SODELPA, which won 21 seats, and three other losing parties urged the electoral commission and the FEO to refrain from officially announcing results, saying the tally process was not transparent.

Fiji went to polls on Wednesday, only the second time the country has held democratic elections since 2006.

"The supervisor of elections has been in a great hurry to get the results out," Mahendra Chaudhry of the Fiji Labor Party said on Facebook Live video, along with SODELPA, National Federation Party and Unity Fiji.

"He (the supervisor) has, in the process, compromised the procedures and the requirement of the law, so that should be set right if this election is to have any credibility," Chaudhry said.

Elections Supervisor Mohammed Saneem said in response that the authorities had been open.

"The people of Fiji deserve better in terms of information. And the Fiji Elections Office is giving all the information accurately in a timely manner," Saneem said, also on Facebook Live.

"We understand that there are some members of the public who have concerns about the integrity of the pre-poll ballots, and therefore we recognised the need to look closely at this process," it said.

"The MOG assesses that the legal framework underpinning the electoral system complies with the fundamental international principles of universal suffrage and non-discrimination."

Earlier in the week, heavy rain disrupted the election in some venues. Voting in those places was rescheduled to Saturday, Nov. 17, to ensure all eligible votes were counted.