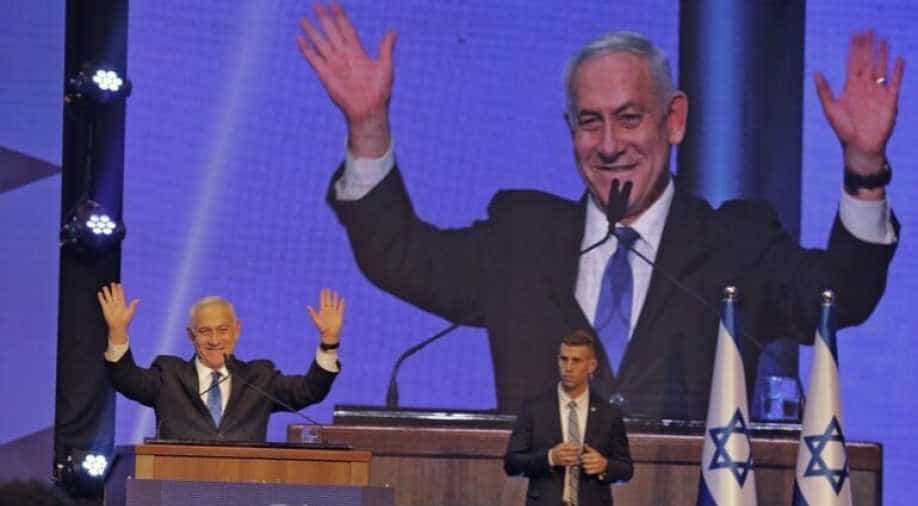 Israel's Central Elections Committee said the chatbot had been used to publish poll data in contravention of regulations.

Israeli Prime Minister Benjamin Netanyahu lashed out at Facebook on Tuesday after the social network blocked a "chatbot" from his right-wing Likud party's account for violating election day rules.

The function, a type of automated software that simulates a conversation with a user, was running again within a few hours.

"They took a 100 kg hammer and brought it down on a fly, because it is a Likud fly," Netanyahu said in a video posted on social media. "They shut down our means of communication with our voters."

Israel's Central Elections Committee said the chatbot had been used to publish poll data in contravention of regulations.

Netanyahu appeared to play down the violation, saying: "Someone published a small poll on Facebook."

The problematic posts were apparently taken down and no longer appeared on his Facebook page.

Netanyahu, who is battling for his political career, has been trying to mobilise his base by warning them of low supporter turnout.

Asked about its intervention on Netanyahu's account, Facebook said in a statement it works with "elections commissions around the world to help protect the integrity of elections".

"Our policies clearly state developers are required to comply with all applicable laws in the country where their app is available. We have restricted this bot for violating local law until the polling stations are closed tonight," it said.

Clearing the way for Facebook to reinstate the chatbot, Judge Hanan Melcer, chairman of the Israeli Central Elections Committee, said he received an assurance from Likud that no further poll data would be published on it.