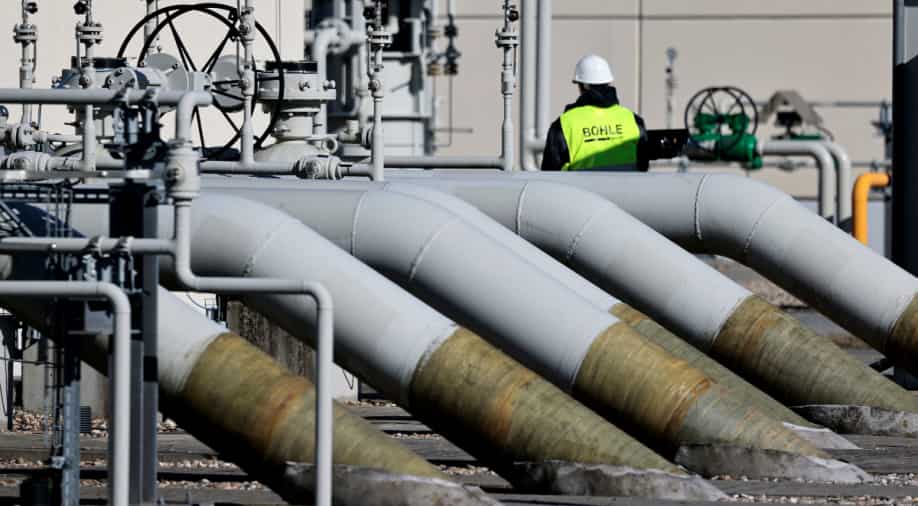 File photo: Pipes at the landfall facilities of the 'Nord Stream 1' gas pipeline are pictured in Lubmin, Germany Photograph:( Reuters )

Germany, which has triggered Phase 2 of three of its emergency gas plan, will prioritise private households over energy firms if it enters the third phase of the plan, according to Müller

After Russia’s throttling of deliveries to Europe, a senior energy official has warned that German consumers could face a tripling of gas prices in the coming months.

Citing technical reasons that Berlin dismisses as a pretext, Moscow reduced the flow of gas through the Nord Stream 1 pipeline by 40 per cent last week.

Asking German citizens to brace themselves for dramatically rising costs, Müller told the public broadcaster ARD that “a doubling or tripling is possible.”

It comes after Economy Minister Robert Habeck told Der Spiegel magazine that Germany is heading for a gas shortage if Russian gas supplies remain as low as they are now.

By creating "the best breeding ground for populism, which is intended to undermine our liberal democracy from within," Russian President Vladimir Putin's aim is to divide the country, according to Habeck.

Germany, which has triggered Phase 2 of three of its emergency gas plan, will prioritise private households over energy firms if it enters the third phase of the plan, according to Müller.

Following Russian invasion of Ukraine, the bloc's dependence on Russian gas supplies has been exposed. Sparking a frantic search for alternative energy sources, with EU members considering various scenarios in order to prevent "terrible and drastic" consequences for the gas industry.