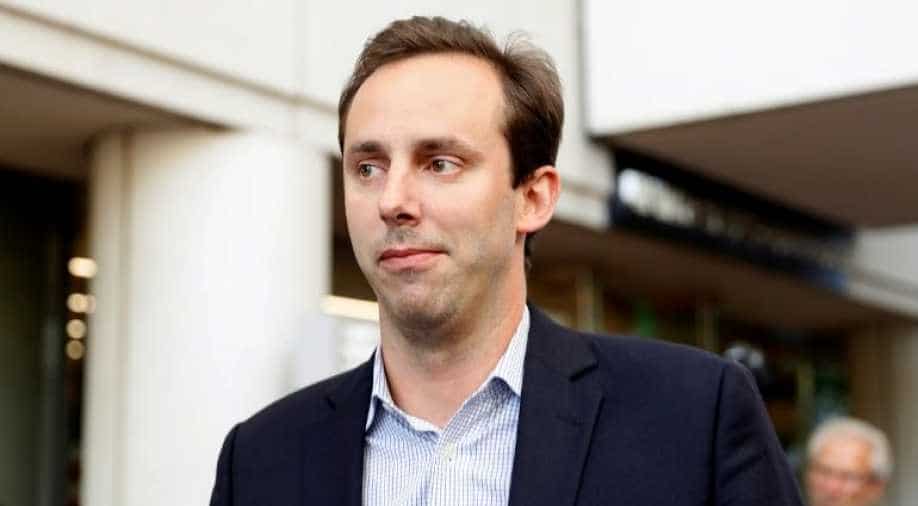 he 33-count indictment made public by the US Department of Justice largely mirrors allegations that the Waymo unit of Google parent Alphabet Inc, where Levandowski had worked, made in a 2017 civil lawsuit against Uber, which later settled.

The 33-count indictment made public by the US Department of Justice largely mirrors allegations that the Waymo unit of Google parent Alphabet Inc, where Levandowski had worked, made in a 2017 civil lawsuit against Uber, which later settled.

His lawyers said Levandowski stole nothing, and that they looked forward to proving his innocence at trial.

Levandowski, 39, pleaded not guilty to the charges through one of his lawyers, at an arraignment before US Magistrate Judge Nathanael Cousins in San Jose, California.

The judge set a preliminary bail package of $300,000 cash and the pledging as collateral of two properties worth $2 million. Another hearing to set final bail terms was scheduled for September 4, as government lawyers said they needed more time to assess Levandowski's finances.

Levandowski surrendered his US and French passports and will wear an ankle bracelet to monitor his whereabouts. A prosecutor expressed concern at the arraignment that Levandowski might be a flight risk.

The defendant, who wore a blue sports jacket and black jeans as his plea was entered, could face up to 10 years in prison on each count if convicted.

Levandowski's prosecution is one of Silicon Valley's highest-profile trade secret theft cases, as engineers race to develop technology for self-driving vehicles, which industry experts view as a $1 trillion market opportunity within three decades.

They said he did this after deciding to leave and form his own self-driving company, Ottomotto, which Uber later bought.

The alleged stolen materials included details related to Lidar, a crucial sensor technology, according to the indictment.

All people are free to change jobs, US Attorney David Anderson said at a news conference. "But what we cannot do is stuff our pockets on the way out the door."

Anderson declined to answer a reporter's question on whether Uber could also face any criminal charges. An Uber spokesman said the company had cooperated with the government throughout its investigation and would continue to do so.

Levandowski left Waymo in early 2016 and eventually took over Uber's self-driving car project before being fired.

"For more than a decade, Anthony Levandowski has been an industry-leading innovator in self-driving technologies," and the government's case is a "rehash" of discredited claims, his lawyer Miles Ehrlich told reporters at the courthouse.

Lawyers for Levandowski said the downloads in question occurred while their client was still working at Waymo, and that he was authorized to use the information.

Pronto, a self-driving software company that Levandowski co-founded in 2018, said in a statement it replaced him as chief executive with Robbie Miller, who had been chief safety officer. It also said it was "fully supportive" of Levandowski and his family.

Levandowski did not testify at the trial between Waymo and Uber before they settled, and has not spoken publicly about it.

The lawsuit was another public controversy for Uber, which was trying to emerge from scandals under former Chief Executive Travis Kalanick, including over how it treated female employees.

Kalanick had called self-driving cars an "existential" threat for the ride-hailing company.

"Silicon Valley is not the Wild West," FBI special agent in charge John Bennett said at a news conference. "The fast pace and competitive environment does not mean federal laws don't apply or they can be ignored."

Waymo said it appreciated prosecutors' work on the case. "We have always believed competition should be fuelled by innovation," a spokeswoman said in a statement.